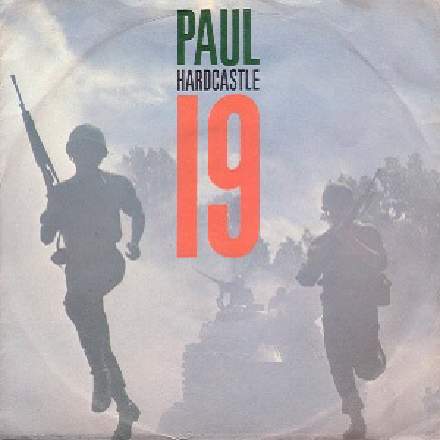 Besides the launch of Sound On Sound magazine, 1985’s big electronic music event was this pioneering single, the first bona fide poster-child of vocal phrase-sampling. Sadly, though, most people only really remember its iconic retriggered ‘n-n-nineteen’ hook, dismissing it in hindsight to the plasticky ranks of the one-hit novelties. This is a shame, because it’s impressive on a number of other levels.

Firstly, you need to realise that, as programmed as it might sound, this isn’t a MIDI production. Yes, MIDI was a new and exciting development at that time, but Hardcastle didn’t actually use it here. In other words, he programmed a drum loop on his TR–808, recorded that to multitrack tape, and then overdubbed everything else live on top of that, one track at a time. As a result, all the synth parts that sound like copy/paste work are actually subtle variations, which makes the end product far more organic and musical sounding than many subsequent sequenced productions. The main four-bar bass line, for example, works its way through at least seven variations, my favourite being at 2:38, when the third beat of each bar (which has always played on the beat up to that point) finally joins the kick-drum in pushing a 16th-note early.

In this light, you must also admire the technical achievement of synchronising the final words of the third voiceover section (“every day” at 0:52) to line up rhythmically with the bass, snare, and kick at that point. Remember that you couldn’t just slide sections of audio around in an arrange window back then — I’m guessing he probably had to record in real time from video tape to multitrack as many times as it took to get it right by trial and error. Or maybe he was able to use his (extremely limited) sampler memory to trigger and overdub just those last words more in rhythm.

And let’s not underrate the sonics, either. Although, like a lot of ’80s productions, the drums are quite bass-light, they’re otherwise so punchy that they wouldn’t seem out of place in current EDM if you just added a healthy LF boost. The mix effects have also been quite tastefully applied, so this production hasn’t dated as badly as many of its contemporaries, despite the DX7-ish high lead and (ouch!) orchestra hits first heard at 0:20 and 1:09 respectively. And there’s plenty of fairy-dust to enjoy too: the fast pitch-swept fills at 0:19, 1:12, and 1:27; the softly insistent 16th-note chords that sneak in from 0:52; and the rhythmic filter-sweep transition at 1:10. There’s some great atmospheric Foley in there as well, such as the background sirens at 1:13-1:28, the startling Hammer-horror scream at 1:28, and the machine-gun rattles at 3:03-3:11. Far more chilling than those, though, is that clunky bugle call at 1:55, a foreshadowing of the horrors of many a General MIDI emulation to come…