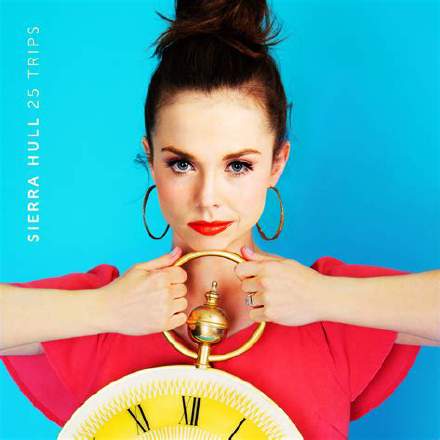 The nomination of Sierra Hull’s album 25 Trips for Best Engineering at this year’s Grammies is unquestionably richly deserved, and the engineer behind it, Gary Paczosa, has justifiably graced that particular award category on many a previous occasion. (Indeed, he’s also nominated this year for his work on Katie Pruitt’s Expectations.) And you could do a lot worse than starting your journey through this album’s delights by listening to the title track, which has to be one of my personal records of the year!

As usual with Paczosa’s productions, the string instruments sound absolutely gorgeous. The opening mandolin is a case in point, delivering a richly woody tone for an instrument that so often comes across as a bit thin and plasticky in lesser hands. I particularly like the way the picking transients are tremendously fat and beefy, so that they really pack a punch, without having any of the abrasive edginess you might disparage as ‘excessive pick noise’. There’s a lovely hint of stereo width to the sound as well, which presumably derives primarily from panning the instrument’s multimics, rather than from added mix effects. Indeed, Paczosa has talked about his multi-miking approach in interview (for example in this Mix Online article: ‘Recording Bluegrass Instruments'), and his descriptions correspond very closely to the recording setup you can see in the song’s official video at around 2:10.

That said, the dynamic use of effects is pretty cool too. Try importing this mix into your DAW so you can instanteously hop around in the timeline, and you’ll quickly hear how the mandolin, for instance, has its effects treatments adapted through the course of the song. So although the tone seems very dry initially, you can hear more of a reverb bloom creeping in during the soloing at 1:08, and that increases to a proper reverb tail by the time we reach the little fill at 1:29 (in that pocket just before the cymbal hit). But there’s a lot more going on in this respect with the vocals, such as the delay spin on “I’ve done my best to wait” at 0:20; the reverb wash abruptly cutting out on “just keep” at 0:32; the sudden burst of reverb on “oh” at 0:49, followed by the slowly riding-up delay effect during the subsequent few seconds; and then the proper reverb wash introduced for the “hello time” section at 1:45. My favourite vocal effects stunt, though, is at 2:16, where we’d kind of been led to expect that the textural buildup would suddenly dry up (as it did for similar moments at 0:32 and 1:06), but instead the long vocal reverb tail is allowed to linger on luxuriously until 2:23, where another trippy new stereo vocal delay arrives to close the song out.

Now, given Hull’s star turn here as a singer and mandolinist, a lesser band might have been content just to tread water in the background, so it’s a credit to them that this record has so many wonderful string-arrangement touches. Not only are the more traditional padding elements beautifully phrased to support the musical momentum (note, for instance, the swell into the downbeat at 0:31), but there are plenty of lovely little details to treasure besides. There’s the brilliantly effective rhythmic figuration at 0:34-0:40, which transforms a single-note drone into something that adds energising contrapuntal complexity to the mandolin’s foreground rhythmic coutour. And there’s further subliminal groove-underpinning with the higher sixteenth-note filligree that starts fading in from around the two-minute mark. You get plenty of nice little pitch-bend elements too, like the fall at 0:48, the wide vibrato at 1:13, and the complicated woozy transition at 2:01. And let’s not forget the specks of fiddle pizzicato at 0:54 and 2:46, or that gloriously glassy sul ponticello note at 2:26. Honestly, it’s an embarrassment of riches!

But, seeing as it’s Hull’s song, I suppose I should give the final kudos to her for the fun games she plays with the groove during her solo licks, first adding an extra beat with that ‘Tom & Jerry’ twanged note at 0:40, and then stretching us out of tempo for the series of five fills at 1:08, 1:12, 1:16, 1:20, and 1:23. Always nice to hear an artist keeping any foot-tappers in the audience on their toes!