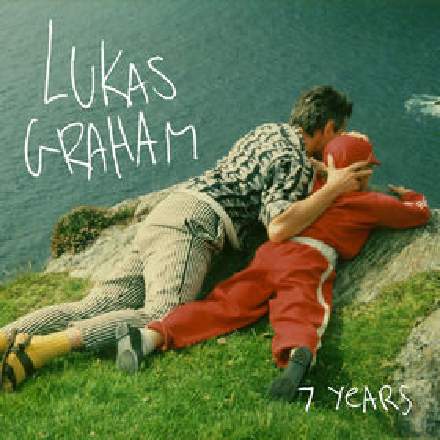 What strikes me about this production is its cinematic scope, which is an apt partner for the episodic ‘biopic in miniature’ lyrics — the best one I can think of since Erwin Drake’s ‘It Was A Very Good Year’. In part this stems from the targeted use of Foley sound effects such as the old-fashioned home-movie camera and vinyl-crackle samples which open the song, or the MC and crowd noise featured at 1:35. The instrumentation feels very television-inspired too, for example the childlike conceit of the opening piano part (underlined by the musicbox at 0:19 and the snatch of ‘playground ambience’ at 0:34) and the rich, wide-screen strings that first creep in at 0:50 and then drive the emotionally charged harmonic reinventions which follow the surprising first-inversion Bb chord under “I’m still sorry” at 2:43.

Another reason this song reminds me a great deal of music for picture is the way the producers have lent the main vocal and instrument sounds extra emotional depth and impact by layering in a variety of nuanced atmospherics and transition effects — a stock-in-trade practice amongst media composers. The gently ‘wobbulating’ pad at 0:04-0:34, for instance, concentrates the sense of nostalgia, as well as providing warmth, internal movement, and extra stereo width to the mix as a whole. The noisy reverse-envelope effect significantly increases the drama of the first snare hit at 1:07, and the subsequent tonal ramp-up continues the momentum into the following downbeat. And the words “if we don’t meet before I leave, I hope I’ll see you later” are made more strongly figurative by the entrance of the celestial synthetic shimmer at 1:52.

And there’s one more aspect of this mix that makes it seem targeted more at the cinema than the hit parade: the low-end reach. Most chart releases deliberately eschew the 20-40Hz octave in order to achieve higher loudness at the mastering stage — it’s the low end, after all, that comprises the majority of the mix energy in most pop music. In this instance, though we suddenly get a terrific dose of sub-30Hz welly as a sub-synth begins tracking the bass line from the F pickup at 3:15, just as we enter the final climactic hook section. My subwoofer hasn’t done such a spirited rhumba in ages! Yes, the effect will be lost on 90 percent of casual music listeners whose playback hardware can’t even tickle those frequencies, but who cares when it represents such a glorious (and musically appropriate) concession to the hi-fi minority?