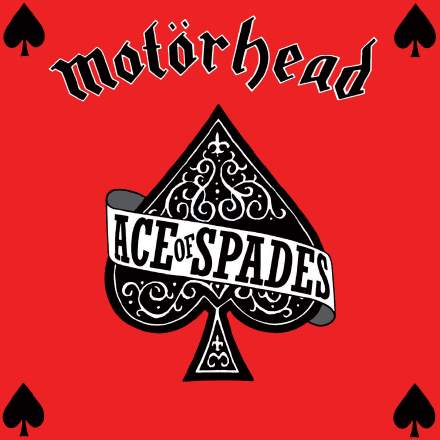 This iconic single remains a benchmark of how three guys can create an awesome racket. There’s no mucking around: one drummer flailing away at a roomy stereo kit; one distorted guitar with a couple of riffs and powerchords to rub together; one aggressive, mid-heavy bass drone; and generous helpings of sweat and melodic yelling. To hell with fripperies like panning and double tracking, and you can keep all your fancy effects too (bar a couple of delays and maybe a touch of reverb). As such, this production makes a handy reference point when recording any heavy rock music — if you’re able to pull off comparable sonics in your own rough mixes at the tracking stage you can be fairly confident that your engineering approach isn’t too far off target.

Beyond these general thoughts, Lemmy’s vocal tone also has much to teach from a production perspective, given how well it manages to cut through the backing texture’s layered bass/guitar distortion and unrelenting cymbal thrashing. This is in stark contrast to many of the home-studio rock productions I hear. The first important feature is that I’m pretty sure Lemmy isn’t actually putting out that much raw level. When you see him sing live, he’s clearly straining, but I think he’s just creating an impression of shouting without actually generating much real SPL, a trick used by many performers who gig heavily. (For another couple of masters of the art, albeit in other spheres, think of Bryan Adams and Kelly Jones.) The first benefit this affords is that his vocal articulations and consonants remain remarkably clear; the unvoiced elements of singing aren’t as easy to make louder when you’re belting, which is why mediocre opera singers are frequently so difficult to understand! And the second ramification is that the break-up in his vocal tone is less extreme — you get plenty of 500Hz-1kHz gravel, without too much harshness in the 3-6kHz octave where the guitars and cymbals are in the ascendant. I can’t tell you how often I hear amateur screamo/death-metal vocalists pushing their level too far, so that they’re left with mostly woolly note fundamentals and masses of gutless upper-mid hash, neither of which is much use at the mix.

Now I can understand that the vocalists in many rock bands aren’t actually able to generate the same kind of mid-frequency density that Lemmy has here, so what alternatives are available? Well, the most common thing to try is distorting the vocal to increase the number of harmonics in that region. However, the temptation is to drive a lot of fuzz into the 4-6kHz zone, and again Lemmy’s example demonstrates that going for some treatment that packs out the 500Hz-1kHz zone (or that can be EQ’d to do so) may be a better option.