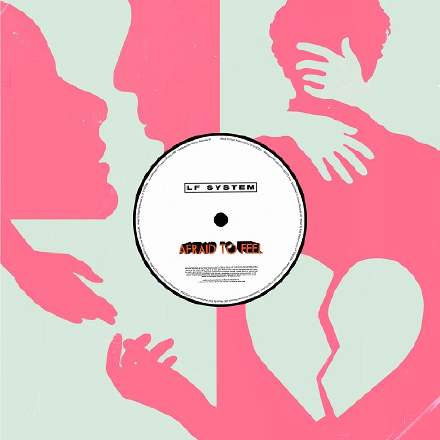 Under normal circumstances, if I were to show you the following tempo map, what genre would you guess it was?

I’m pretty sure no-one would immediately gravitate towards EDM. In the first instance, there’s always been something of a mutual understanding that most dance tracks hold a pretty consistent tempo so people can easily dance along to them, and also (just thinking in terms of practicalities) that this tempo should be present at the beginning and end of the track so that DJs can easily mix between your track and its playlist neighbours without a tempo mismatch. (That said, you could argue that a track like ‘Afraid To Feel’ might actually provide a useful way for DJs to bridge between 100bpm and 128bpm sections in a multi-genre set.) Furthermore, when have you ever heard an EDM track gradually slow down, as it does about a third of the way through this production? It’s pretty rare – you’re much more likely to get a short ritenuto just before a key section boundary (think 'Despacito'), or there’ll be a quick slow-down followed by longer tempo-ramp building-up into the return of the main groove.

But this isn’t the only trope this production stands on its head, because although (like many of the laziest hip-hop and EDM tracks) it lifts 90% of its musical material from an old 70s Disco/R&B record, what LF System have done here is actually reverse the musical emphasis by turning the original song’s verse into their hook section, while the original song’s chorus is relegated to their bridge (1:06), middle-section (1:48), and outro (2:41). Granted, the song they sampled (Silk’s ‘I Can’t Stop’) is pretty obscure, so they didn’t have to fight against the primacy of a different hook already ingrained in the popular consciousness, but it’s nonetheless a commendable production feat that they avoided the knee-jerk ‘let’s use the chorus for the hook’ preconception.

There’s been some solid nuts-and-solts practical work behind the scenes here too, just in terms of combining the samples with the beat. When I tried to resyncronise the original samples of ‘I Can’t Stop’ with ‘Afraid To Feel’, I was expecting I’d have to get the warp markers involved for the long slow-down (0:54-1:19), but it soon became clear that I’d have to use them for the steady-tempo sections too, because Silk’s performance clearly wasn’t recorded with a click track. And although LF System’s bass line is pretty much a copy of Silk’s, I’m pretty sure it’s been reprogrammed, so that would have taken a bit of careful transcription work – the held bass Cb at 1:13, for instance, could easily have been mistranscribed as a Bb.

That said, I do wonder what the future holds for LF System now that their inventive tempo-change gimmick has lost its novelty, because if you remove the sample (and the copy of Silk’s bassline) from this production you’re not left with much else but a fairly generic disco beat. Anyone can put new drums under a 70s record these days, so how exactly are LF System planning to stand out from the crowd? Their previous single ‘Dance Cliché’ (based on a Luther Vandross sample) suggests one promising option, as the slice-happy sample-manipulation in that production constitutes as much of a hook as the source material, in my view.

One more question: why did the producers choose to have their whole track roughly 30 cents higher than concert pitch? Simply speeding up ‘I Can’t Stop’ to the two main tempos in ‘Afraid To Feel’ (100bpm and 128bpm) results in upwards shifts of around three and six semitones respectively, so given that the pitch is actually only raised a little more than a semitone in practice I don’t reckon it was limitations of the pitch-shifting mechanism tying their hands in any way. And the Silk production appears to be at concert pitch too (at least on iTunes and Youtube), so the sharpness of ‘Afraid To Feel’ doesn’t seem to be the outcome of just boosting the original pitch by a round number of semitones. And even if they’d imported it using a slightly fast turntable, say, why not correct that in the software, given that you’re already using pitch/time-manipulation software anyway? Maybe their favourite bass synth was sharp and they couldn’t correct that so shifted the sample instead. Or they only realised once they’d finished the mix that their whole track was a couple of bpm too slow, so sped the whole thing up in mastering. But if it was some kind of deliberate decision, I’d say that it was a bit short-sighted in this day and age, in that it’s likely to discourage fans from jamming along with their instruments on TikTok, which seems like a wasted opportunity.

OK – after writing my original post, I’ve just read Sound On Sound’s latest issue, in which there’s a detailed interview with Scott Rosser about the mixing of this track. And I realise that I missed something big here: the ‘sample’ isn’t actually a sample of the original Silk record at all; it’s a careful rerecording by sample-recreation specialists Replay Heaven, who’ve also provided this service for hits like DJ Regard’s 'Ride It', Duke Dumont’s 'I Got U', and Sigala’s ‘Easy Love’. And I can imagine LF System must be pretty happy about it too, seeing as the song has now (as of writing this update) spent six weeks atop the UK charts alone and Replay Heaven’s work means they don’t have to pay mechanical copyright royalties to the original record company. Ker-ching!

Now I’m well aware that this kind of thing has been going on for years (I was a member of the SOS Editorial Department myself when we interviewed Steve Gibson & Dave Waters of Rinse Productions, for instance), so naturally I’m a little sheepish that I didn’t pick up on this myself, especially as I spent a lot of time specifically comparing the Silk and LF System tracks for timing while recreating the tempo mapping, but the penny never dropped that LF System’s version was a fake – as you can read above, I credited the tightened timing to warp markers, whereas a little more attention from me on that count might have prodded me to think more carefully about whether they’d actually used the real sample or not! All credit to Replay Heaven, though, because coming back and comparing the LF system introduction to the Silk original, I have to say that the recreation is pretty damn good – the lead-vocal mimickry is particularly uncanny, and was probably most responsible for my subconsciously jumping to the assumption that I was hearing the original sample.

The article did hold one small crumb of comfort for me, though: my retrospectively recreated tempo map is the spit of theirs:

The article also brought up the issue of the song’s non-standard pitching, but without offering any proper rationale for it, so the thinking there remains something a mystery…