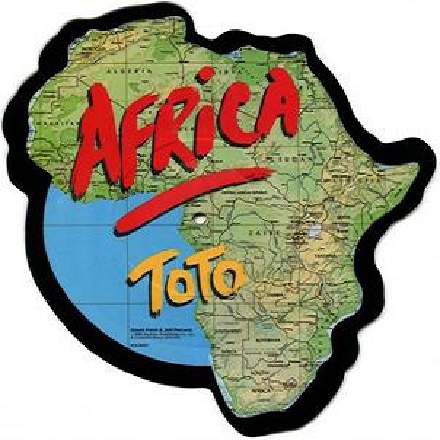 One of the things I like about this song is the way the phrase structure supports the song structure. Whereas a lot of songs fundamentally base themselves around a repeating four-bar phrase-structure, with perhaps the odd extended or curtailed phrase-length for emphasis, Toto in a sense invert this idea here, repeatedly destabilising the four-bar convention with half-bar extensions in the verses, only returning to regular four-bar units for the transition into the chorus and the chorus itself.

On a more long-term level, there’s something similar going on across the three choruses. The first two feature only one four-bar unit, because of the way the tail-end of the second fragments into the modulatory coda section under “had” at 1:36 and 2:33 respectively. The final double-chorus, on the other hand, only features this coda at the very end, giving us the longest uninterrupted run of four-bar stability in the song, stretching all the way from the second half of the synth solo at 3:09 to the final coda at 4:00. One fundamental purpose of a concluding double-chorus in mainstream productions is to emphasise the sense of musical resolution and fulfilment, and in that respect I think what Toto have done here is very effective at enhancing that musical function.

Returning to the verse sections, let me also point out a well-worn technique the band are using here to help make their non-standard section lengths more digestible by the listener. First, they establish a cast-iron connection between the bass/synth riff first heard at 0:10 and the bars/beats grid. By the time we reach the first verse, we’ve heard that riff four times, creating a firm connection between its arrival and the four/four downbeat. As a result, when the riff appears half-way through the fourth bar of the verse, it strongly suggests that the downbeat has shifted by two beats, making the ensuing two-beat section extension seem more logical musically.

In a more technical vein, notice the way the synth filters are gradually opened as a swell into the chorus at 1:15 — something that took a little more planning back in those pre-MIDI days. The synth solo at 2:58 is also mixed surprisingly strong in the balance, and louder than most of the verse lead vocals in fact. While this certainly makes a statement, I think the backing then feels a bit small by comparison, so I wish they’d given it a bit less low mid-range. As it is, it sounds like the keyboard player’s trying to steal the show. Come to think of it, maybe that’s who’s chuckling during the intro at 0:03…