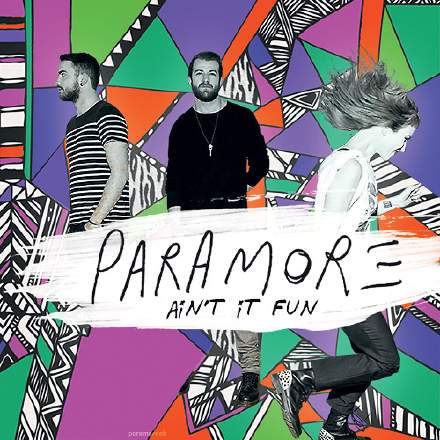 A strangely ’80s-sounding opening this, with the ambient slap of the kick, the denseness of the slightly gated snare-room sound, and that twinkly marimba. Once I recovered from that flashback, though, it also struck me that the shifting drum balance here is very much in the classic mould. Probably the most obvious manifestation is when that super-compressed room sound suddenly makes its presence felt on the arrival of the first chorus, reappearing for each chorus thereafter. But compare sections of the song a little more closely, and it’s also possible to detect a more subtle expansion of the soundscape with each of the prechoruses too. Although this is partly a consequence of the hi-hat and tambourine patterns that add themselves to the texture at these two points respectively, again I think we’re also hearing the effects of the engineer’s hand on the overhead and room faders.

It seems to me that the room doesn’t quite close in as tightly for the onset of the second verse as it did at the song’s outset — again, this is very much par for the course. The purpose of modulating the size of the drum room is to underline the dynamics of the music, and in musical terms it seldom makes sense for your second verse to regurgitate the first verse’s musical material completely unaltered. To do so wastes an opportunity for generating long-term build-up throughout the song as a whole.

The vocal-plus-claps arrangement drop at 2:55 likewise makes good sense musically, as it allows the final chorus to retain its initial impact (which in this case trades heavily on arrangement contrast) despite following on from the strong size illusion of the main middle-section’s ‘arena chant’ (2:19-2:55).

Clearly, the 16th-note downbeat ‘push’ first heard at the end of the introduction (0:08) is a central feature of the drum pattern throughout most of the song. But, for me, it’s most revealing to catalogue those moments when it isn’t used. Firstly, there are unpushed downbeats at the start of Verse 1, Chorus 1 and Verse 2, but Chorus 2 bucks this trend for the first time at 1:41, which helps improve its sense of arrival, despite little change in the basic drums/bass/guitar texture compared with Chorus 1. (That it thereby stresses the rhythm of the lyric’s title hook doesn’t hurt either.) Then the middle-section abandons the pushed downbeat completely, nicely setting up the restatement that flags the onset of the final choruses.

One more rhythmic feature is worth dwelling on: the way the lead vocals are so tightly locked into the track’s groove. This is most apparent during the prechoruses (0:27-0:45 and 1:23-1:40), where, to my ears at least, the singing becomes an integral component in the beat itself. But it’s pretty obvious to me that the vocals, like most other things in this production, have been edited with extreme care throughout. If you’ve got your own sights on this kind of super-tight production, then you really can’t afford to shirk that distinctly unedifying mix-preparation task. Just grit your teeth and get to work!