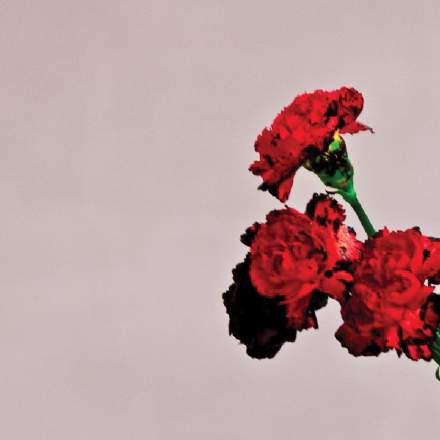 You frequently hear dance-music producers talking about setting their compressors to match the tempo of the track. The idea is to refine the release characteristics of a master-buss compressor’s gain reduction so that its gain pumping supports the groove. Take the four-to-the-floor house kick-drum cliché: if the compressor releases too fast, it’ll tend to make the off-beats between the kicks feel like they’re rushing rather than rolling along smoothly, but if the release is too slow, the gain reduction never resets enough, weakening the rhythmic drive of the gain-pumping effect itself. But it’s not just in dance music where the rhythmic facet of compression is relevant, because I think this latest John Legend hit relies on it too. Assuming, for the sake of discussion, that quarter notes are at around 125bpm, the piano compression is creating a little eighth-note ‘bump’ following each chord, and this seems to add a distinct sense of rhythmic urgency to what’s otherwise rather a pedestrian part. It’s a subtle trick, but one that’s well worth remembering.

While we’re on the subject of sneakiness, I reckon there are sly little synth pads lurking all over this production. I’m not just referring to the ones at the end of the track, such as the sparse hook section at 2:55-3:09, where they’re fairly audible; I swear I can hear little hints of them deep undercover behind the piano and vocals right from the first verse. It’s almost feels like Legend’s line is being doubled at the octave by a string synth, but that the synth is being carefully dropped out whenever the singing stops. For instance, is that a spare bit of ‘D’-flat synth tail after the word “head” at 0:17, where Legend drops to ‘C’ and then ‘A’ flat for “spinning”?

The Auto-Tuned harmonies are an intriguing aesthetic choice. I thought over-use of this idea had irrevocably devalued it to the status of cheap gimmick (yes, will.I.Am, I mean you), but in this case the processing has a rare resonance with the song’s lyrics. On the one hand, the hook line “all of me” seems to be underlined by the cloned harmonies; and on the other the word play of “perfect imperfections” chimes rather neatly with the fact that those harmonies are both perfectly in tune and also wearing the imperfection of their heavy processing artifacts with pride — especially by the time we get to 3:26-4:11.