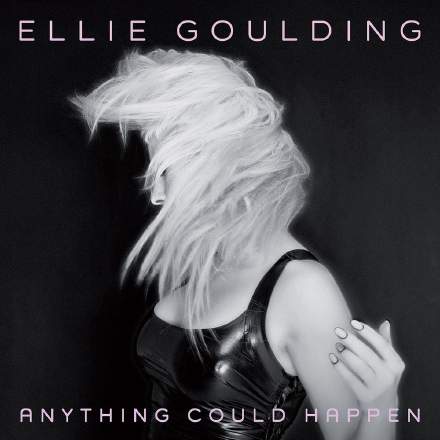 This production has one of the oddest lead-vocal effects treatments I’ve heard for a while, which brings to my mind a vivid image that she’s shivering uncontrollably! Listening carefully to the moments when it’s most audible (such as “cover your eyes so you don’t know the secret” at 0:19), it sounds a little like an audio vibrato processor, using an 8-10Hz modulation rate. (This isn’t the most common of effects; track down Melda’s freeware MVibrato plug-in if you fancy experimenting.) However, the pitch modulation isn’t that consistent, and neither does it undermine the stability of Ellie’s tuning, so either there’s some automation of vibrato settings going on, or (more likely) it’s the kind of per-note synthetic vibrato offered by Antares Auto-Tune or Waves Tune. I initially wondered whether there might be some unmodulated signal mixed in, to keep the subjective pitching solid, but this would have created an obvious (and quite different) chorus/ADT timbre.

The verse vocal’s effect tail is surprisingly long, extending for about four seconds after ‘river’ at 0:13, but the vocal remains clear and up-front, and there’s no sense that the mix is being swamped. I often hear home-brew mixes that struggle to retain this kind of clarity when similarly expansive ‘feature’ effects are added, so let me suggest how I think it’s been achieved here.

To state the most obvious thing first, the level of the effect is actually quite low in the mix — a little of this kind of thing goes a long way! The nature of the patch is also part of the equation, because it’s not just a standard long reverb. There are no early reflections to speak of, which prevents the patch from distancing the singer in the way early reflections can easily do, and I suspect that we’re hearing at least as much delay as reverb, which helps reduce the density and complexity of the echoes/reflections in the effect tail, and hence the effect’s potential to mask other components in the mix. In addition, the effect signal is quite efficient in its use of the frequency spectrum, jettisoning the majority of its mid-range and focusing on warm lower-mids (for almost classical-style envelopment and warmth) and a sheen of upper-spectrum fizz (ensuring that the effect catches the ear in its own right), without interfering much with the mix separation in the crucial ringtone-friendly 1-5kHz zone. Finally, it sounds to me as if the effect send has been heavily de-essed, because otherwise I’d expect the vocal sibilants to be bouncing around in the upper octave of the reverb return and distracting from the dry lyrics.

One thing hits me upon listening to this again: the backing vocals seem really loud during the first chorus compared with the preceding lead vocal. That feels a bit odd to me as a listener — they’re kind of dislocated from the mix as a result. Maybe that was the idea?