I Pretend
Des O'Connor
Back to Top
Classic Mix 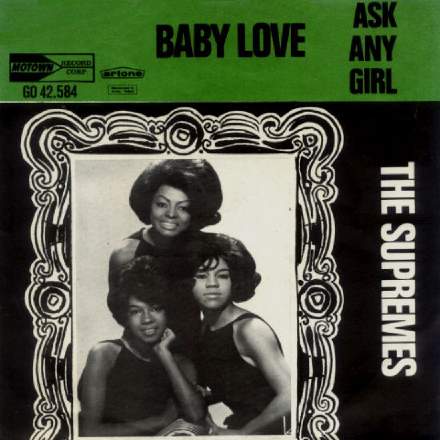 I was spurred into revisiting this track by the sad passing of Mary Wilson, in a sense the real linchpin of The Supremes (despite ceding the lion’s share of the on-stage limelight to Diana Ross) on account of her presence in all the group’s classic line-ups. (The less said about the ‘Return To Love’ tour, the better…) From a sonic perspective, there’s much to admire. I particularly like the snare, which delivers not only enough attack to punch effortlessly through the backing, but also a rich, noisy tone that feels solid and present, but isn’t so sustained as to overshadow the lead vocal. The bass is also fabulous: full, round, tuneful, and super-consistent, without a single weak note. And, to be honest, if you’ve got strong vocals, snare, and bass, the rest of the production can pretty much afford to be window-dressing…

As seems to be par for the course with classic singles of this era, there’s plenty of, ahem… ‘variation’ amongst the readily available masters of this song online. The version gracing the Motown Greatest Hits and Love And Life: The Very Best Of Diana Ross compilations, for instance, seems to have added some kind of stereo ambience to the mono mix. But if they cared that much about the stereo picture, then how come the left-right balance is also sporadically and inexplicably wandering during the first half of the song?

And if you listen to the 40th Anniversary Edition of the original Supremes album Where Did Our Love Go, you get what purports to be the stereo mix from the original 1964 stereo album, in which the characteristic opening stomps traipse all the way across the stereo panorama and back again during the song’s first twelve seconds. “What a bold and characteristic production move,” I hear you cry! Shame, then, that it was omitted from the 2003 remix/remaster compilation Diana Ross & The Supremes: The No. 1’s. (As if the grocer’s apostrophe weren’t bad enough…)

I’ve said it before, and I’ll say it again: why the hell tamper with classic records like this?! We all scoff high-mindedly about well-meaning later generations defacing Renaissance masterpieces under the guise of ‘restoration’ or ‘improvement’, but then we merrily swallow this kind of idiocy in the realm of audio. Yes, there are technical things we can do these days to mitigate some of the technical foibles of legacy playback media, and I’m fine with that. But the rewriting of recorded history that’s going on right under our noses feels like it’s actively hindering appreciation of the genuine virtues of historic tracks like this.

Setting that soapbox aside, it’s easy to hear that Motown boss Berry Gordy apparently leaned heavily on producers Holland-Dozier-Holland to model the sound after the girls' previous song ‘Where Did Our Love Go’ (their first chart-topper). Same tempo. Same Key. Pretty much identical instrumentation, including the stomps and the baritone sax solo. Same basic structure of a single ‘template’ section repeated throughout. But despite all those limitations, H-D-H manage nonetheless to slip in quite a bit of novelty which I’d say makes the sequel significantly stronger than its forebear.

Firstly, the basic repeated module in ‘Baby Love’ is a less standard length (12 bars instead of eight), which means less repetition overall, of course, within a similar 2:30-ish running time. Then there’s the fact that the harmonic rhythm in ‘Baby Love’ is twice as fast (at one chord per bar) and also strays significantly further from the home key – so whereas ‘Where Did Our Love Go’ has a fairly pedestrian C-G-Dm-G-F progression, ‘Baby Love’ kicks off each iteration with a brief modulatory flirtation towards Dm, giving the more interesting progression of C-C/Bb-A-Dm-C-F-C-F-C/E-Dm-G. And, of course, there’s also that up-a-semitone shift for the fifth iteration around 1:34.

Incidentally, it always tickles me how long it takes Ross to settle into the new key at that point. Furthermore, it seems it wasn’t an isolated issue, as you can hear similar struggles in plenty of live versions of the song, including the group’s appearance in the pioneering concert film T.A.M.I. Show. It seems they didn’t learn their lesson, though, because the following year’s ‘I Hear A Symphony’ has multiple upwards key-changes, with results that I confess remind me rather too much of Flanders & Swann’s immortal ‘A Word On My Ear’…