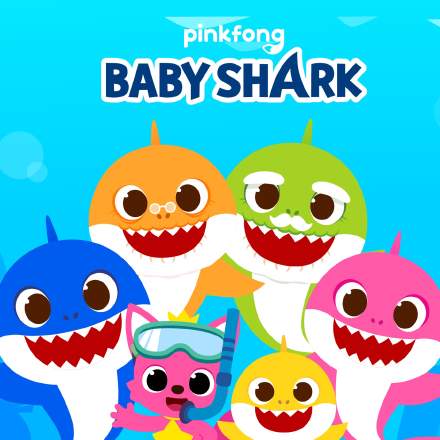 Competition for Youtube viewers is fierce these days, with A-listers slugging it out mercilessly amongst themselves for the highest view counts. Recently, though, a surprising new contender has stepped into the ring: this cheery little childrens' tune, and its accompanying kindergarten-friendly dance routine. Clearly, the video’s brain-boggling success (five billion views and counting) must partly derive from parents setting it on loop to distract young Billy from chewing that extension lead. But let’s not completely dismiss this production out of hand, because there’s actually a lot of solid arrangement work going on beneath its wipe-clean plasticky veneer.

You see, the basic problem with the musical material here is that it’s inherently so repetitive — essentially, just nine iterations of a simple A-A-A-B melody atop a four-bar I-IV-vi-V chord progression. As a result, the arrangement and production have to carry full responsibility both for creating any sense of build-up, and for introducing enough sonic variety to tolerate multiple viewings. So, for instance, pretty much every verse has a different vocal arrangement. We start off with a solo child for “baby shark”, followed by a series of duets with contrasting voices representing the parade of relatives (mummy, daddy, grandma, and grandpa shark). A group of children joins a new male vocalist for “let’s go hunt” in verse six, and then a formant-shifted version of this new singer duets with a solo child for the next two verses before the final “it’s the end” verse breaks into three-part ensemble harmonies (a move that was actually foreshadowed more subtly during verses two and three).

The instrumental arrangement also helps section differentiation. The first verse has just kick and bass. The second adds hi-hat and rhythm guitar. A drum fill and cymbal accent usher in verse three, where the guitar part gets more involved and a touch of snare backbeat sneaks into the mix. The bass part shines in verse four, riffing beyond the basic root-note progression it’s carried thus far, while verse five adds an upper string line and some new piano and percussion layers. The sixth verse’s opening brass stab and group vocals are enough to propel us into the tempo-hike and key-change of verse seven, where we’re also treated to piano glissandi, a full rhythmic brass arrangement, some backbeat claps, and extra hi-hat subdivisions.

At this point, the arrangement has pretty much reached saturation, so (in a manner that should feel familiar from its use in many celebrated pop productions) a bar-long section extension at 1:17 builds up anticipation for the penultimate verse, but then the producer steals back some headroom by dramatically dropping out everything but the bass, claps, and upper strings. This allows verse nine to close out the song with a triumphant reinstatement of verse seven’s textural melee (minus the piano glissandi), all but guaranteeing that those Farley’s Rusk crumbs will find their way into every corner of the play pen.

Say what you like about the art, but there’s no denying the craft.