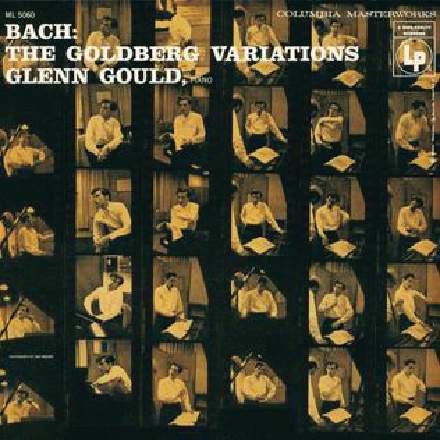 Ask most listeners which composers are most challenging for pianists to play, and they’ll almost certainly put the great romantic virtuosos at the top of their, er, Liszt. It’d be a rare punter who placed any baroque composers on their performer’s pain scale, and yet Bach is actually fiendishly difficult to realise on the piano. It’s not ‘flashy difficult’, as in throwing fistfuls of notes around the place right across the keyboard, but rather the difficulty is one of control, of phrasing each individual melodic line independently of several others woven around it, despite having only two hands available. Creating smooth legato lines is particularly tricky, not only because the music may only spare you one or two fingers to play a given line, but also because the instrument’s sustain pedal can only offer scant assistance, acting as it does on everything at once – if you lean on that more than fleetingly and the whole piece just dissolves into mush. It’s within this context that Glenn Gould’s classic Goldberg Variations recording continues to astonish me.

Despite his rattling through the notes with what many consider unseemly haste (Gould himself took things much more slowly when he rerecorded the piece shortly before his death in 1982), you still get a palpable sense that you’re listening to an ensemble piece, rather than just a single player’s 10 digits. Even more impressive is how clearly all that detail comes through the mono recording, without the benefit of any stereo cues to differentiate the pitch registers or separate the piano’s tone from the room ambience. Part of the secret to this is Gould’s leaning more towards staccato delivery in general, and perhaps the most virtuosic aspect of his achievement here is that he manages to maintain the evenness of this delivery even at ferociously high speed — as in variations 21 or 24, for instance.

On a more technical level, Glenn Gould was one of those pianists who presented engineers with an extra problem — he had an unconscious habit of emitting all sorts of unconscious singing and humming noises while playing. (It’s one of the lesser–known secrets of pianistic success, you know. Just ask Keith Jarrett.) On this recording, though, these utterances remain pretty inconspicuous, so I wonder whether any special means were used to avoid picking them up. In particular, my curiosity was piqued by a studio photograph allegedly showing Gould in mid–flight during the Goldberg sessions with a Neumann mic prominently positioned about six feet directly above the top octave of the keyboard, pointing 20–30 degrees downwards towards the centre of the instrument’s soundboard:

To be honest, that’s not the first position I’d instinctively select for recording classical piano… unless I were using a figure–of-eight polar pattern to reject Gould’s humming. Agreed, a figure-of-eight pattern would have lost ground to an omni at the low end given the miking distance, but perhaps that might have been considered an acceptable trade–off in this instance, given that the piece itself doesn’t actually make use of the modern piano’s lowest octave at all.

And a final little titbit for you trivia lovers: this album was recorded in the same room as Miles Davis’s Kind Of Blue. What do you mean, you didn’t recognise it…?