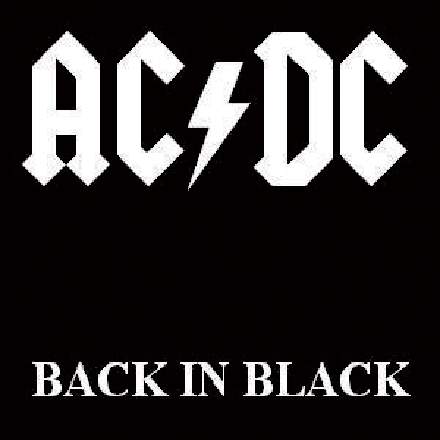 I’m clearly not the only one who likes the production on this track, because it’s in mastering engineer Bob Katz’s ‘Honor Roll’, but it also features one of my all-time favourite drum sounds. The kick drum on this record sowed the seed of my long-unrequited gear-lust for a U47 FET, its well-defined transient carrying through on small listening systems, despite the guitars, and its 70Hz low-end power-base tailor made to slot between the harmonics of all but a handful of the bass-guitar notes.

The snare’s root-note tuning gives it masses of weight, not least because the choice of pitch blends beautifully into the mix of its own accord without tubbiness, obviating the need for the kind of remedial high-pass filtering typically required on most home-studio drum recordings. But the drum’s subjective power is also further ‘enhanced’ by virtue of a conveniently backbeat-sized hole in the main guitar riff, and by the lack of resonance from the toms — I’m kind of guessing they might have removed these from the kit for the purposes of this track, because I don’t hear any tom fills in this song. A bit of web searching also reveals that there was a bit of ‘special sauce’ here too, because engineer Tony Platt has said that he also blended in a gated, pitch-shifted snare send to fatten things up.

The guitars are phenomenal, demonstrating how one pair of great-sounding rhythm parts will always sound more powerful on record than a legion of layers, especially if each of the parts is playing its own unique voicing of the same chords. Although their stereo positions initially appear to be simple hard-panned extremes, this isn’t, in fact, the case, because each was recorded with a mic pair, and these mics were then spread slightly at the mix, connecting the guitar image more naturally with that of the drums. As for the meatiness of the captured tone, the large-diaphragm condenser mics used (a Neumann U87 and U67 on each cab) doubtless picked up a considerably more extended frequency response than many people’s knee-jerk ‘57 on the cone’ approach. Furthermore, I suspect that the slightly spaced and splayed mic positioning that Platt, as I understand it, used also broadened the combined mic array’s directional response, such that it inevitably picked up a more holistic picture of the cab itself.

Although I’ve heard this track a zillion times, only now has it struck me how much mileage the band get out of the idea of chaining three-sixteenth rhythmic groupings, first heard starting on the second beat of the bar during the main riff at 0:14. This manifestation already creates an ear-catching rhythmic counterpoint against Brian Johnson’s vocal (first heard at 0:34 with “that’s kept me hanging about”) and also serves as the basis for the breakdown at 2:50-3:10, but there are others to enjoy too. The main chorus riff is based on a chain starting on the second eighth note, for instance, while the chorus’s final “back in black” can be seen as a shorter chain starting on the downbeat.

My favourite moment in the whole track, though, is where another short 3/16th chain appears at the end of every four-bar section during the first solo (1:49-2:29), the last leading directly into another chorus. But the chorus wrong-foots you by putting a snare flam on the first downbeat instead of a kick, after which the first bar’s kick pattern is altered to accent the riff’s own internal three-sixteenth chain. It destroys me every time!