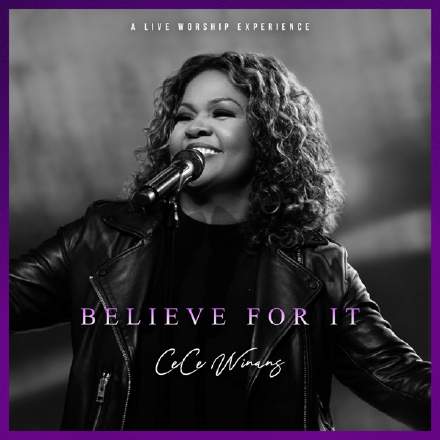 If you’re not into faith-focused music, you may never have heard of CeCe Winans, but her brand of slick, anthemic modern gospel music has earnt her a massive following over the years, as well as a cabinet full of awards. At this month’s Grammy ceremony, for instance, she hoovered up Best Contemporary Christian Music Performance/Song, Best Gospel Album (for the second time), and Best Gospel Performance/Song (which she also won in 2006, 2008, 2011, and 2018!), bringing her tally to 15 wins from 28 nominations.

This particular song has much to enjoy in the enveloping warmth and low-end extension of its backing texture. The smoothness of the choral production is also impressive – the latter often not an easy thing to achieve given the impassioned vocal deliveries typical of devotional music. I also love the extended downbeat-free passage during the middle section (2:32-2:52), during which it’s only Winans' lead vocal that’s giving any real indication where the bar-lines are. Notice also the synth-pumping level modulation that’s unveiled during the decay tail of the song’s final chord, which strongly suggests to me that rhythmic level-pumping is being elsewhere as well (much as it is more ostentatiously in EDM) to clarify the music’s downbeat accents and add extra rhythmic energy. I can’t say for sure, of course, but listening carefully to the stereo Sides signal I think I can detect the texture pumping in other sections of the song, particularly during the first half of the song before the mix texture gets too saturated.

I do have one bone to pick, though, and that’s with the two different versions of the song that appear on the album of the same name – Winans' first live album, as it turns out. You see, the roughly four-minute production I’ve been talking about so far is labelled as the ‘studio version’, but there’s a ‘live version’ too, which stretches to more than eight minutes in length. The thing is, if you phase-align these two versions, is seems pretty clear that a good deal of the raw audio source material is common to both. You’d already suspect this just from listening to equivalent sections of both:
studio version: play_arrow | get_applive version: play_arrow | get_app
But it really becomes obvious if I mix them both together:
mix of studio and live versions: play_arrow | get_app
…and then polarity-invert one of them:
mix of studio and polarity-inverted live versions: play_arrow | get_app
…at which point you can hear that most of the parts thin out noticeably, including the kick, bass, toms, piano, and backing choir.

So what are we to take away from that? That her live show is heavily playback-based (including, it appears, the choir)? Looking at the official video of the live version, there do appear to be a couple of laptops around the stage (at 6:23), and at least one multi-output audio interface too (at 6:47), by the looks of it. If so, in what sense is it actually live? Because the lead vocal was recorded live? But if most of the live version is based on a prerecorded backing, there’s nothing to say that the lead vocal couldn’t then just have been patched up with overdubs, or tuning-corrected, or even just rerecorded in its entirety and resynced to the video after the fact. Which means there’d be none of the fundamental ‘will they make a mistake?’ jeopardy that, as I see it, is an essential element of any live performance. But if the studio version was made mostly out of audio recorded for the live version, then what was the point in doing that at all? It’s not like they got a substantially better performance or mix.

Then there’s the live version’s curiously haphazard audience applause, which seems to occur almost exclusively when the audience aren’t in shot – and whenever the audience are in shot, none of them actually appear to be clapping. (Oh, wait! My mistake. There’s one woman who appears to clap a couple of times in the bottom right-hand corner of the screen at 06:39. Can’t hear any applause there, though.) If the live performance was mostly built out of prerecorded playback tracks, then I can see how the audience noise could have been completely removed for the studio version by just rerecording the lead vocal. But if the studio version was based around backing recordings from the live session, it seems a bit odd that there’s no vestige of audience noise left at all.

Whatever the actual explanation for all this, I’m not optimistic that it’ll be good enough to banish the distinct whiff of fakery I’m getting…