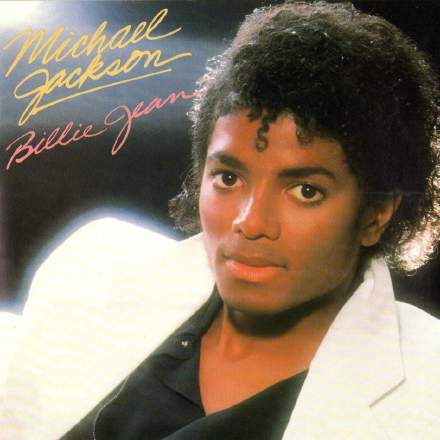 I spent most of my primary school career playing Thriller to death on my Walkman, and I reckon its sonics must have impressed me even at such a tender age. Indeed, I think you could argue that this production is ideally suited to the cassette medium. If you listen to the drums on MP3 or CD, for instance, their super-present transients sound almost too spikey, sacrificing a certain amount of gravitas in the process. On a well-loved cassette, though, those edges became much more rounded, transforming from ‘spikey’ to ‘punchy’, while other lesser productions of the time went from ‘punchy’ to ‘muffled’ instead. Part of the secret behind this drum sound was that Bruce Swedien cannily copied his drum recordings to slave reels for overdubbing purposes, which meant he could keep the original drum recordings 100 percent fresh for mixdown, so they lost a lot less of their high-end and edge to tape wear. (Apparently, they did 91 mixes of ‘Billie Jean’ before returning to mix number two, so perhaps tape losses played a role in that decision too.)

The track’s leanly economical low end also makes sense within the context of cassette mastering, as it reduces the mix’s RMS level to allow a louder, cleaner master. (Although I notice that recent remasters have boosted the low end considerably now that this is less of a concern for digital distribution.) Not that this affects the musical impact of the kick or bass parts at all, because the small-speaker translation is simply fabulous. You can filter out everything below 200Hz, and not only does every bass note still come through clearly, but the kick still balances surprisingly evenly against the snare. It should then, perhaps, come as no surprise that Swedien apparently mixed the bulk of Thriller on Auratone 5Cs – the tiny single-driver midrange speakers that producer Quincy Jones dubbed The Truth Speakers.

Another characteristic facet of this production is its sparing use of compression. Where plenty of 80s productions were mixed into a master-buss compressor, Bruce Swedien held no truck with that. “I would never have a compressor of limiter on the master bus,” he commented in an interview I did with him for Sound On Sound magazine. “I want all that transient information there.” For my part, though, having fallen in love with this song via cassette, radio, and television (all media that inevitably squashed Swedien’s mix dynamics to some extent), I actually find the CD version a little stark and static, to be honest, missing the cohesive short-term level interactions that master-buss dynamics can provide. So while it’s tempting to see Thriller’s record-breaking sales as an argument for compressor abstinence, I’d question how many real-world punters ever actually heard the record’s unsullied original dynamics.

One of the many cool recording facts about this song is that the lead vocal was recorded on a dynamic mic: the Shure SM7. It’s easy to assume that all ‘professional’ pop vocals need to be recorded on an expensive condenser, but plenty of classic tracks give the lie to that. (Stevie Nicks used a Sennheiser MD441 on 'Dreams', for instance, while both Bono and Jay Kay have used Shure SM58s for some of their biggest hits.) Despite the dynamic mic, though, there’s plenty of sibilance to give the reverb return that 80s sizzle, and it even picks up Jackson’s finger-clicking in the background (for instance under “she told me her name was Billie Jean” at 0:54).

From a mix perspective, there’s plenty to enjoy here as well. I like the 16th-note predelay on the drum reverb, for instance (clearly audible in the stereo Sides signal), which not only keeps the kick and snare upfront, but also adds a suggestion of rhythmic ‘ricochet’ to the groove, bouncing the (basically mono) drum hits out into the stereo picture. Bear in mind, though, that some of what sound like mix effects were actually achieved while recording – the “don’t think twice” backing vocal at 2:12, for example, which Jackson sang through a long cardboard tube!

My favourite mix move, though, has to be the opening fader ride on the drums, which starts them off about 3dB louder than their eventual level in the majority of the track. You can hear the level begin to drop at around 0:20, reaching its target level by the start of the first verse. I’ve heard this song literally thousands of times, but I’d never consciously noticed this stunt before! It’s just something that you don’t instinctively expect to happen, because drums so often provide the solid level ‘anchor’ for the rest of the balance, and you therefore kind of assume that they hold roughly the same level throughout. This is why it’s such a clever stunt: the initial level triggers a satisfying “Wow! Those drums are loud!” reaction, but then the fader ride frees up sufficient headroom for the rest of the arrangement by the time the vocal arrives.