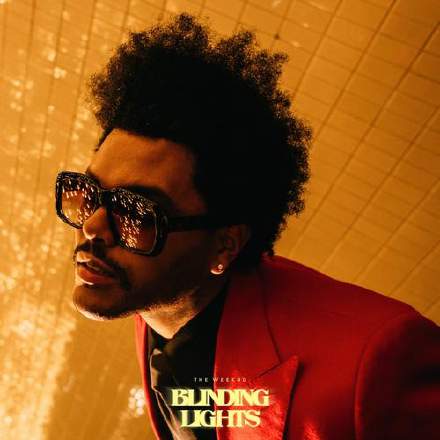 On a casual listen, this production has a strangely featureless quality about it – a simple mixture of robotic beat, unassuming bass, gentle wafts of synth padding, effect-swathed lead vocals, and a retro synth hook. Turn up the volume a bit to listen through the layers, though, and you’ll find some lovely nuances to savour. I particularly like the use of synth arpeggiation, both the heavily low-pass-filtered patch teetering on the boundaries of audibility during the two verses (0:28 and 1:35), and the more ostentatious upwards flourish that announces the start of the middle section at 2:19. There are some cool pitch-swept moments too: the falling sweep at 0:12 (which immediately brought to mind two solid ’80s touchstones: Vangelis’s Blade Runner soundtrack and the intro to Michael Jackson’s ‘Thriller’); the rising sweep at 0:15; and the more dramatic dual riser at 2:39 before the final synth-hook section.

Coming back to those verse-section arpeggiations, another thing to listen for is how they’re clearly being level-ridden in response to the lead vocal. Notice, for instance, how the arpeggiation bubbles up after “maybe” at 0:35, but then cuts out almost completely for the start of the following “I’m going through withdrawals” – a slghtly unsettling move that not only draws attention back to the vocal, but also subliminally underscores the meaning of that lyric, I’d say. (And while we’re on the subject of vocals, the sudden switch to staccato delivery for “go-o-one” at 0:59 and 1:55 is a simple and inspired move that beautifully complements the synth-arrangement breakdown at that moment, as well as allowing us to fully luxuriate in those rich vocal-effects tails.)

I did find myself asking one question, though: which chord is ‘home’ here, harmonically speaking? Given that there are only really four chords to choose from (the regular Fm-Cm-Eb-Bb progression that runs pretty much throughout), it narrows down the options somewhat, but none of them feel particularly satisfying, to be honest. The repeated falling-fourth root-note motions and lack of any kind of V-I cadence undermine any traditional sense of ‘key’, so neither Eb nor Cm (the major and relative minor tonics associated with this scale) can really lay any stronger claim to harmonic primacy than Fm or Bb (the Dorian-mode and Mixolydian-mode tonics respectively). You might say that Fm has the edge, simply because it falls on the start of each four-bar section – but then there are plenty of songs that don’t start their main repeating progression with the home chord, so that’s hardly definitive. For instance, Ava Max’s 'Sweet But Psycho', Kelly Clarkson’s 'Stronger (What Doesn't Kill You)', and One Republic’s ‘Kids’ all use the same basic four-chord progression, but place the tonic in the second, third, and fourth ‘slot’ respectively.

The prominent F notes in the chorus vocal line and synth hook might also point towards an Fm tonic, but there are an awful lot of C notes during the verses too. But what about the long F bass pedal note that starts the song? Surely that’s conclusive! Er, maybe if the song didn’t end on a sustained Bb chord… And, for what it’s worth, the move from Cm to Eb (the only root progression that doesn’t fall a fourth) feels like the most powerful harmonic movement in the song to me, compared with which the movement from Bb to Fm honestly sounds like its interrupting a V-I cadence into Eb major – but maybe that’s just my inherent musical conservatism talking!

Now if I’m coming across all negative about the harmony in this song, that’s not my intention at all. On the contrary, the musical ‘shiftiness’ that this harmonic progression adds to proceedings feels 100% in keeping with the song’s lyrical messages of abandonment and disorientation. It’s easy to assume that mainstream pop production is all about direct, clear-cut musical manoeuvres, but this track demonstrates how ambiguity can also be a tremendously effective production tool in the right context.