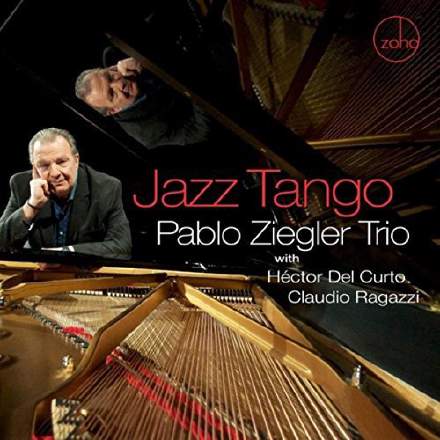 Amongst this year’s most deserving Grammy recipients were the Pablo Ziegler Trio, who scooped Best Latin Jazz Album for the exhilarating stylistic cross-pollination and virtuosic musicianship of their splendid record Jazz Tango. From a technical perspective, however, I’ll admit that it left me scratching me head for several reasons that are readily apparent on the number ‘Blues Porteno’. Firstly, the bandoneon miking picks up a lot of mechanical noise, something that felt quite distracting during its rather pensive solo in the second and third minutes. You might argue that this was the unavoidable result of super-close on-stage miking techniques (it’s a live concert album), or that the percussive presentation reflects the true role of the instrument in this style. But, frankly, I’d think you were making excuses.

The guitar’s uncontrolled low end puzzles me even more, as it frequently generates powerful sub-bass thuds. Being as charitable as I can be, these occasionally fulfil a rhythmic role (the fleeting backbeats at 2:38-2:48, say), but for the most part they make very little musical sense at all, adding a kind of faltering rumble beneath the texture at 3:44-3:50, for instance, or transforming the detailed solo line at 4:12-4:29 into something akin to a kick-drum solo! To be fair, piano pedal thump also contributes some of that troublesome sub-bass, although that’s less noticeable here than on other tracks such as ‘Milonga Del Adios’, which feature the instrument on its own. Otherwise, however, the piano tone feels bass-light — the strongly inharmonic low A notes at 5:16, for example, remind me rather too much of an upright rather than a grand. As a result the piano feels underpowered at the low end compared with the guitar, a balance that seems counter-intuitive to me when the pianist so often takes charge of the music’s bass line and when I’d naturally expect a piano to dominate in this respect acoustically. Now I realise that live recordings are often an exercise in compromise, but surely even if this record was made from straight-to-stereo front-of-house mixes (rather than by remixing a multitrack recording of the event) it would still have been possible to mitigate at least the low-end vagaries a little more at the mastering stage?