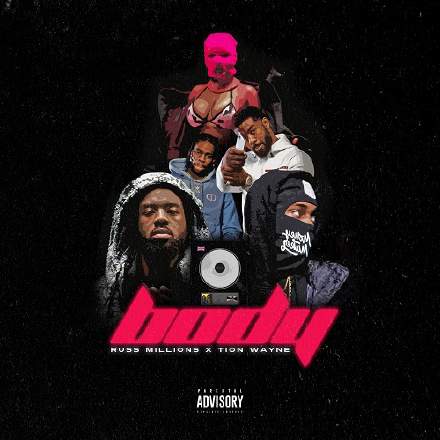 Putting aside the odd coincidence of my accidentally doing back-to-back critiques of songs referencing Ricky Martin’s 1999 smash hit ‘Livin’ La Vida Loca', there’s much to admire in this innovative UK drill production. Probably the most striking thing for me is how unpredictable the kick-drum pattern is. Granted, you get some sense of regularity in the choruses at 1:21, 2:02, and 2:29, which all have reliable downbeat kick hits, and bars 1-2 more or less repeat as bars 3-4. But if you’re a fan of ‘try playing along with the kick’ drinking games, then this song’s verse sections are a peerless opportunity to get absolutely bladdered – even if you leave out the ‘trick’ section at 1:35-2:20, where the kick doesn’t appear at all! To demonstrate what I mean, check out the picture below, where I’ve chopped up the other main verse section (0:27-1:21) into four-bar chunks (labelled 1-4, 5-8, 9-12, and 13-16), lined them all up above each other in my DAW, and then coloured all the kick-drum hits.

Out of the 18 different positions that the kick lands within those four bars, there are only four locations (bar two beat four, bar three beats one and four, and bar four beat one) common to all four sections – and you might even discount a couple of those instances, because some of those kick samples are lighter-weight filtered versions. (I’ve coloured those green.) Furthermore, there are also only two occasions where three of the sections have hits together (bar two beat one, and bar four beat four), and the bar-one beat-one downbeat only appears in two of the sections.

So what I think we’re seeing here is a fundamental shift away from the kick drum as the groove’s principle anchor, with that role passing primarily to the low sidestick’s fairly consistent rhythmic pattern. That therefore frees up the kick to more directly support the rap performances instead. Partly it does this by effectively punctuating the phrases, for example where the bar-two downbeat separates “vida loca, high as a kite, never sober” from “python, hit him with a cobra”, and then the bar-three downbeat delineates the latter from “free up my bro Casanova”. But the kick also helps add stress to certain lyrical moments too, such as the “Casanova” at 0:33, “sorry, sorry” at 0:37, and “fist” at 1:03. I’ve said it before, and I’ll say it again: one of the secrets to making a rap performance feel engaging lies in making the backing track react to the vocal, and this production rewards careful study in this respect.