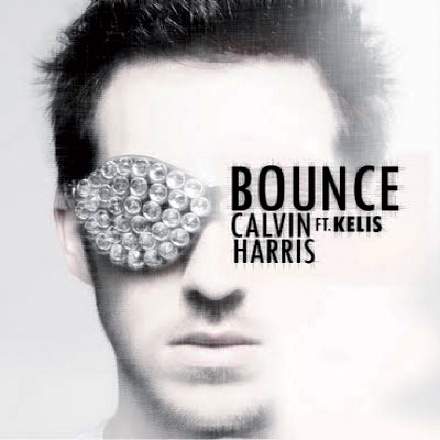 I love the sound of this record, and the way it comes across as clearer and more up-front, yet at the same time less abrasive, than strong competitors such as Example’s ‘Changed The Way You Kissed Me’ or Pitbull’s 'Give Me Everything'. Part of the trick of this, it seems to me, is simply that ‘Bounce’ doesn’t have any padding instruments at all — in other words nothing that exists simply for the purpose of stating the harmonies. The only harmony in this track is that implied by the way the bass line and melody fit together, which makes it extraordinarily efficient, sonically speaking. It’s the old maxim: the less you put into the mix, the bigger each thing can sound.

The production scores highly on other grounds too. The low end is powerful and tight, although the track doesn’t rely on that — kick and bass come through fine even on a smartphone’s internal speaker. The high end is airy and extended. The mid-range gets maximum value out of the 600Hz-1.2kHz octave, so that the lead synth hook has real substance in the mix and doesn’t need to sharpen the 3-5kHz zone too severely to stay right in your face. Mono compatibility is also great, despite a decent sense of stereo width. This is a track I’ll be referring back to for some time.

One specific aspect of the sonics that’s worth picking out as well is the grainy digital effect that has been applied to the opening synth riff. It’s difficult to reverse-engineer a treatment like this very precisely, but it sounds to me as if the audio signal is frequency-modulating itself, and that there’s probably some kind of digital ‘bit-crusher’ in there too, alongside more typical analogue-style distortions. Whatever the settings, though, it’s creating a slew of additional frequency information all the way across the mid-range and high end, much of which is not musically related to the synth notes themselves.

This serves a number of purposes here. Firstly it allows what are inherently rather pure and simple synth waveforms to pack out the mix texture to a much greater extent than you’d normally expect. Secondly, the dissonant frequencies of the effect inevitably blend poorly with the song’s harmonies, which helps them poke out of the mix in much the same way that a wayward bit of tuning tends to do. And, finally, it creates a kind of auditory illusion, particularly during the song’s synth-only intro, that the upper octaves of the mix as a whole are strong and clear, even though the synth patches themselves are subjectively quite dull-sounding. Analogue distortions are a more instinctive choice for many people, but this track provides a great demonstration of how some of the less ‘musical’ digital harmonics-generation processes can also have their place, especially in electronic styles.

If you want to hear another example of synth distortion as a mix effect, check out Alex Guadino’s ‘What A Feeling’ as well – the main synth line which first appears at 0:08 adopts the same kind of principle as in ‘Bounce’. It’s difficult to say exactly what the distortion stems from, but once again it sounds more digital than analogue to me, even though it’s not quite as extreme as Calvin Harris’s. So many plug-ins to abuse, so little time… :)

Another interesting comparison with ‘Bounce’ is Example’s recent UK smash ‘Changed The Way You Kiss Me’, in that both feature prominent use of upward pitch-shifting as a build-up into their final hook sections. I personally like the Calvin Harris version more (2:45-3:00) because of the novelty of its series of progressively ascending pitch-dives, but there’s no denying the effectiveness of Example’s slower and more predictable continuous upwards ramp (2:22-2:37), and the subsequent dive-bomb into the section boundary is a nice touch.