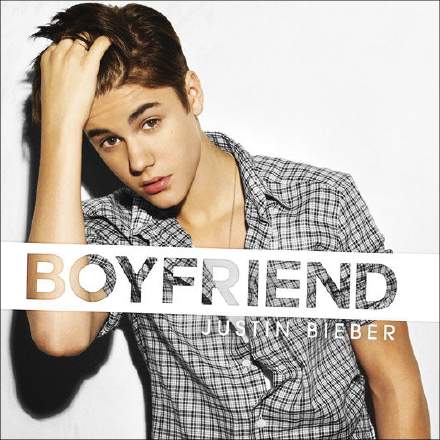 Watching the Olympic archers during a lull in studio proceedings, I was struck by how modern bows, while undoubtedly the pinnacle of effectiveness and efficiency, don’t half look weird. And I get a similar impression about Justin Bieber’s music. Ever since ‘One Time’ and ‘Baby’ were in the charts a couple of years back, I’ve found the low end of his fiercely teen-targeted mix sound slightly freakish, as amply demonstrated in this latest single. First of all, the bass line’s tone is completely dominated by its fundamental frequency, with negligible levels of more audible harmonics — to all intents and purposes, it’s a sine wave. However, this sine wave packs more sub-60Hz power into the mix than you’ll find on most pop and R&B tracks. In tandem, everything else (with the exception of the kick drum) sounds like it’s high-pass filtered below about 150Hz, and there’s also a significant suck-out in the low mid-range between about 200Hz and 400Hz. The result is a strange kind of hollowness to the sound between its earth-shaking lows and mid-range/high-end glossiness. An overall ‘smile curve’ frequency response has long been de rigueur for teen-targeted chart material, but this is a pretty extreme version, if you ask me, so I naturally find myself questioning the thinking behind it.

A key issue in this particular arrangement is that, unlike most chart records, the bass line doesn’t seem to be operating in any kind of musical role — even on a full-range studio monitoring system, the sense of pitch you get out of pure 33, 36, 48, and 55 Hz sine waves is rather ambiguous, and I wouldn’t expect any consumer multimedia or vehicle subwoofer system to render them as anything other than indeterminate rumble. However, the production doesn’t actually rely on the bass for harmonic grounding or any kind of melodic counterpoint, so the usual requirement for earbud-friendly higher bass harmonics becomes debatable. As such, the bass notes can concentrate exclusively on delivering a market-leading degree of tactile low-frequency vibration.

Working on the assumption that this is a calculated mix decision (do Island Records have market research suggesting that teenage girls palpitate more readily to sub-60Hz frequencies?), the deep, low-mid spectral trough begins to make more sense. The danger with heavy sub-bass is that it tends to make your mix tonality bloated and woolly overall, so it stands to reason that maintaining the tonal clarity expected by pop pickers would require swingeing cuts in the two or three octaves above the bass fundamentals.

There’s one further variable that may be part of the equation, namely that most consumer playback systems accessible to teenagers will struggle to transmit such powerful low bass tones without distorting them or setting off sympathetic resonances in the shelf, desk or car door. That means that a lot of typical consumers may well perceive audible bass-derived harmonics further up the spectrum, irrespective of their absence from the mix signal itself. Indeed, the injection of extra energy from distortion components in the 100-300Hz zone is one reason why cheap speakers often make mixes sound muddy, so I wonder whether ‘Boyfriend’ may have been deliberately designed to benefit from this effect.

Whatever your views about the sonics, this record has an undeniably great opening, one of those intros that’s breath-takingly bold in its starkness – just sampled clap backbeat and the odd ‘sonar blip’ hook sound. Fortune favours the brave in the pop world, though, and there’s little doubt that this extremely odd-sounding texture really catches the ear the moment it arrives on the radio. Then the vocal has such a fantastic, breathy texture to it that it really fills out the whole mix when it arrives, and although it’s extremely upfront on account of its saturated high frequencies, it’s by no means dry: the eighth-note stereo delay and stereo widening effect (or is it a short reverb – difficult to tell) both adding something to the sound without significantly distancing it from the listener.

I’m not the only person to have heard similarities between this production and several early-noughties Neptunes/Timberlake tracks, in particular JT’s ‘Like I Love You’ – a track I’ve had amongst my own mix-reference library for years now. I think I still prefer Serban Ghenea’s sonics on that track, though, as much as I have a great deal of respect for the boldness and efficiency of what mix engineer Manny Marroquin’s done here – Marroquin is certainly not wanting for courage!

Despite the stripped-back sound of this mix, there are a lot of little details to enjoy on repeated listens. The flanged vocal spins in the first verse; the lovely spiky little synth arpeggiation that hits in the choruses; the electro tom details in the second verse; and the little synth curlicue at 1:39 in chorus two, to point out just a handful of my favourites.