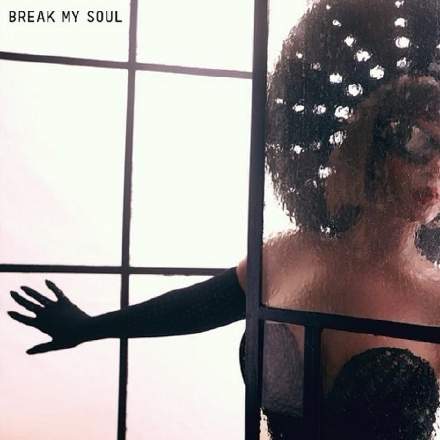 It’s not that common for pop/R&B singers to provide official instrumental and a capella versions of their singles, and whatever the back-room reasoning for this, I think it’s incredibly short-sighted in this day and age where the former allows every Zoomer and their dog to post a karaoke version on TikTok, and the latter allows every bedroom DJ/producer to post an EDM remix or steal the hook for their hip-hop track. You just can’t buy blanket grass-roots publicity like that! It’s not too surprising, though, that Beyoncé has bucked the trend on this with the debut single from her surprise new album Renaissance, seeing as she’s one of only a few top-flight artists I know of who’ve actually put out official Karaoke albums in the past.

What is a bit odd, however, is that if you use the instrumental version to cancel out the backing from the full-mix version, the vocals that remain don’t quite sync up with the a capella version. My initial hunch was that this meant the vocal editing had been tidied up a bit for the a capella version – after all, a rhythmic backing track can easily frequency-mask lumpy edits that would stick out like a sore thumb if the vocal were isolated. (There’s an excellent example of this in Christina Aguilera’s 'Genie In A Bottle', for instance.) But, as it turns out, there doesn’t seem to have been any real attempt to engage in this kind of airbrushing. Otherwise, why wouldn’t they have sorted out the slightly dodgy crossfade at 0:14? Or the weird editing artefacts on “they worked my nerves” at 0:51? Or the distracting lip noise on “I just quit my job… work me so damn hard” at 0:40-0:46? So I’m not quite sure what’s going on there.

Leaving that aside, though, the a capella version does also allow us studio rats a gold-plated opportunity to analyse Queen B’s vocal production! The first thing to point out is how tightly the consonants are being controlled, despite the densely treble-enhanced vocal tone. Ask yourself, for instance, if you’ve ever heard the vowel sound in the middle of the hook-word “soul” sung with as much presence and air as that in real life, and yet the opening sibilant is softened to the point of lisping at times – in other words, this is an illusion that’s heavily reliant on post-production editing/processing work. And I wonder whether in this case they might have actually multed out all the consonants for separate processing at the mixdown stage, because the main vocal reverb you can hear seems almost completely devoid of any consonant ‘splashes’, despite the abundant length of its decay tail, and a separate consonant-free track would have provided a feed for that.

And speaking of effects, that’s the other area of this a capella mix that rewards careful scrutiny. With long-tail reverbs such as the main dark-sounding lead-vocal patch here, there’s a trade-off to be made between reverb length and reverb level, and here the level is kept quite low so that the effect tail can be surprisingly long. It sounds like the reverb’s being ducked a little in response to the vocal too (check out the way the reverb rushes into the gaps after the phrases “work by nine” and “off past five” at 0:47-0:50), although that could just be a post-reverb vocal buss compressor at work. Listening to the stereo Sides signal, the reverb’s timing appears a little sluggish, which indicates that there’s some predelay on the reverb as well – I’d guess maybe 30-40ms. Taken all together, the reverb’s unnatural tonality, lack of consonants, length, ducking, and predelay all add up to an effect that feels expansive, but stays in the background so that the singer herself remains unshakeably upfront.

Other effects, on the other hand, are more sporadic, providing textural ebb and flow and momentary ear candy. The most obvious are the swelling tempo-delay spins on the opening vocalisations at 0:11-0:20, during the middle-section at 1:36-1:46, and in the outro at 3:38 (the high-register “everybody”) and 3:50-4:10. But there’s also the nice reverse-delay effect for the word “B” at 1:40, the abrupt dry moment for “clique snapped” at 1:47, the Auto-Tuned harmonies at 3:00, and the more naturally roomy vocal counterpoint at 3:32-3:49. I’ve said it before, and I’ll say it again, vocal effects for chart songs can’t afford to stand still – it’s all about rides and spins to keep the listeners engaged and focused on the melody and lyric.