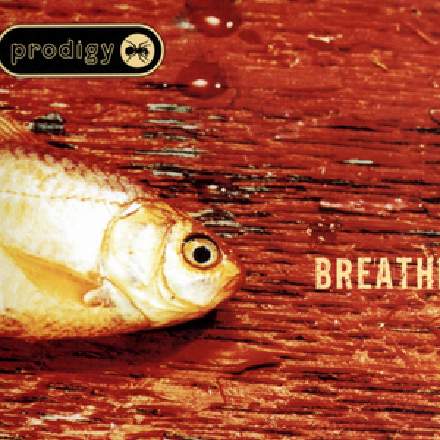 What’s stayed with me from the very first time I heard this track back in the ’90s is the way Liam Howlett layers different transition effects and fills to supply forward momentum (ie. the sense that you’re always heading towards some forthcoming event), despite the dance music’s heavy dependence on loops and repetition, which are essentially fairly static in musical terms. Right from the opening groove you’ve got plenty going on in this regard: the instantly recognisable triplet-garnished live snare fill ramping up from 0:13; a short reverse cymbal ending halfway through beat three of each bar pointing us towards every second backbeat; another pitch-drooping reverse cymbal sliding into the start of the second four-bar section; and a slow brass swell working up to the return of our snare fill at 0:29. Then, when we hit the chorus, you get Maxim Reality and the distorted guitar’s upward string bends pulling the music into each four-bar boundary. On the face of it, this is actually quite a simple idea, but surprisingly few dance producers had thus far realised its potential this effectively.

I’m also a fan of the production’s call-and-response elements, the most obvious being between the vocals of Keith Flint and Maxim Reality, but there are plenty of other aspects of the arrangement that display a similar kind of ‘back and forth’ principle. Take the basic drum pattern’s snare sound, which alternates between two timbres — one was plenty for most artists of the time. Or the grimy cymbal and funky guitar chops that trade licks from opposite sides of the stereo picture during the choruses.

And let’s also not undervalue the quality of the vocal performances. Even divested of the circus-gothic visual trappings, both performers display much more than just distilled punk attitude — there’s real command of the expressive potential of different vocal deliveries too. The first hook-line at 0:43, for instance, see’s Maxim’s squeezed “breathe” dissolving into the breathier “with me” fall-off, and the contrast between Flint’s slowly sinking slo-mo drawl on “come play my game” and Maxim’s frenetic “inhale, inhale, you’re the victim” is also critical to the musical dynamics. (And don’t you just love how the second “inhale” has that kind of crazy vibrato on it?)