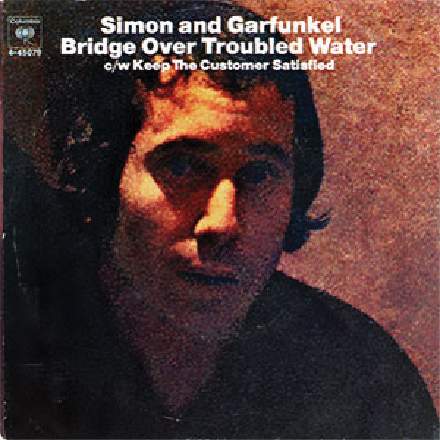 It’s easy to obsess about gain structure in the digital studio, striving to eliminate every last vestige of noise from your signal chain. However, productions like this (the recipient of 1971’s Grammy for Best Engineered Recording, no less), leave me pondering whether we often throw the baby out with the bathwater. You see, both the piano and the voice have quite a rounded tone during the first verse, and I think the hiss serves a valuable purpose in giving the production as a whole a palpable sense of openness and air nonetheless. In addition, the added reverb effect seems to be in mono and contains few early–onset components, which means it doesn’t do a particularly good job of gluing together the close–miked mono vocal and the wide stereo piano into a convincing ensemble sound. Here again, the hiss fulfils an important function, namely creating a common sonic ‘frame’ around the two instruments in order that they bind together a little better subjectively.

On the other hand, I’m not crazy about the third chorus’s sonics (from 3:20). This section comes across best on small speakers, to be honest, as these naturally attenuate the worst of the drummer’s saturated low–spectrum reverberant rumbling — on any moderately full–range system, it sounds like the room’s full of tumble–driers! Mono playback flatters things too, because under those circumstances the vocals, drums, and added reverb (all in mono) don’t sound quite as much like they’re coming from down a well as when they’re contrasted against the wide piano and strings images in stereo. You might argue, I suppose, that the texture’s memorable character excuses any concerns of pure sonics in pop terms, or indeed that the wide stereo sounds and expansive vocal line deliberately represent the titular bridge over the low end’s troubled water.

Just don’t expect me to agree with you.