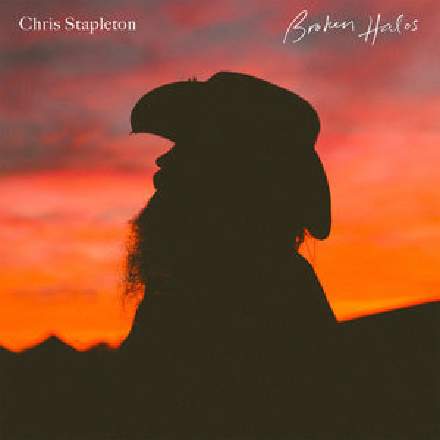 The power of this Grammy-winning production is its simplicity, not only framing Chris Stapleton’s prodigious vocal talents with the minimum of fuss, but also allowing space for each of the sounds in the arrangement to shine. The snare in particular is a lovely specimen, full of laid-back power and tone. Although that touch of restrained brightness in the attack phase helps it cut through the texture, it’s the lower-spectrum solidity that’s really the star of the show for me, especially as it leaves a beautifully designed pocket for the tambourine layer to fit into when it arrives.

The kick drum is also pretty much my ideal of what a mid-tempo song like this should have, because it’s solid as a rock in 40-80Hz octave, without time-domain overhang or untidy sub-bass detritus, but doesn’t draw too much attention to itself in the upper spectrum. Yes, you get enough high end to bring the rhythm through on small speakers, but the transient doesn’t come through as brash or hard-edged. However, within the context of these kick and snare sounds (and indeed the fairly upfront character of the rest of the instruments), the few tom fills do seem rather distant and diffuse, as well as suffering a good deal in the mono balance.

Another thing that caught my ear was the ambient slapback on the lead vocal, which I initially suspected to be some kind of mix effect. Listening a little more carefully, though, the ‘effect’ is following a different melodic line on “halos” at 0:20, which suggests that we’re actually hearing the ghost of a guide vocal behind an overdubbed lead. (The fairly widely-spread band setup that appears in online session photos would seem to support this theory, as the vocal spill would have had to travel a good distance before reaching other mics, hence the pronounced time delay.) A lot of project-studio engineers fight shy of allowing vocals to go down in the live room during a band tracking session, for fear of such melodic conflicts, but this production demonstrates how little that really matters in the grand scheme of things. So what if you get a bit of printed-in slapback?! As long as you factor that into the sound of the record as a whole, and you match the overdub reasonably closely to the spill, it really shouldn’t hold you back at all. On the contrary, in fact: in this case, I think it’s stylistically very suitable, it probably feels more organic than a wholly artificial slapback would have done, and it might also be distancing the lead vocal overdub less by virtue of being less similar to it.