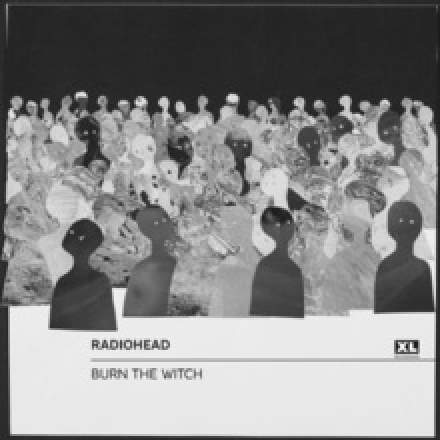 Of all the phrases rock bands can utter in the studio, “Let’s add strings!” is probably the one that most reliably sinks my heart into my boots. As a string player myself, I inwardly weep for the expressive potential wasted by those depressingly typical block-chord string arrangements — it’s like hiring a session guitarist and only ever asking him to play power chords! As a recording engineer, I’ve been on too many sessions soured by mutual distrust and miscommunication between band musicians and classical performers to relish the prospect. As a mix engineer, I bemoan the fact that such a costly organic sound so frequently features so low in the final mix. And, as a listener, I regularly ask myself how many new and exciting indie records could have been made by reallocating that string-recording budget.

So I was delighted to discover this new Radiohead production, which restores my faith in rock strings by exploring a lesser-used performance technique called col legno battuto, where the instrument’s bow is tilted in the player’s hand to allow the wooden stick to bounce off the string. Although this has been used in a number of well-known classical works (eg. Berlioz’s Symphonie Fantastique, Holst’s The Planets, Shostakovich’s Leningrad Symphony) and many a horror-movie score, it’s still not really on many bands' radars, so Radiohead have definitely harvested something that was ripe for the plucking — or ‘plinking’, if you like! What’s even better, though, is that the texture doesn’t just rely on the col legno battuto, but artfully blends it with staccato bowed notes, the balance shifting back and forth between the two deliveries in support of the musical structure. This is most readily appreciated in the song’s introduction — notice how the staccato notes, particularly in the upper strings, begin to dominate during the last bar of each four-bar section, creating a well-judged textural swell that’s almost a production hook in itself.

Then we get the fantastic contrast with the almost Bollywood-style languorousness of the breakdown at 1:30, where so many lesser arrangers would have broken out a fresh packet of block chords rather than working in the lugubrious melodic lines that allow the ensemble to demonstrate the beauty of its legato phrasing. There’s a terrific ending crescendo, too, with the col legno and staccato being joined by what sounds like dissonant sul ponticello (ie. notes bowed at a point on the string so close to the bridge that they break into a cluster of squeaking overtones). And what makes this all so enjoyable is that we never have to fight to hear it — while the strings never take over the track to the point of distracting from the vocal, they’re nonetheless loud and proud. It’s that precious rarity: a rock string arrangement that truly justifies the outlay!