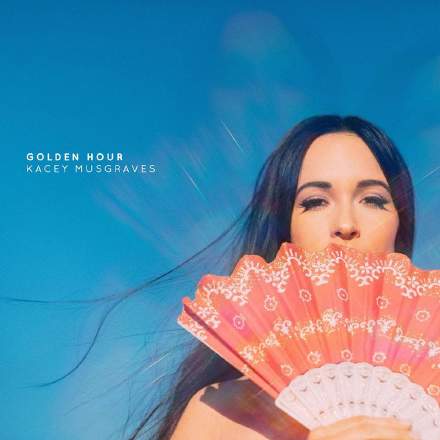 This brilliant Serban Ghenea mix, from Kacey Musgraves' Grammy-hoovering album Golden Hour, offers one of the coolest delay effects I’ve heard in a long time. It’s the main hook riff, which you can hear right from the outset and which comprises two layers: a mono plucked-string sound (a banjo, at a guess, but I won’t hold that against it) and a staccato stereo synth — the latter so stereo, in fact, that it has negligible mono content, and appears almost exclusively in the Sides signal. Of these two components, it’s only the synth that has a delay treatment, namely a single-tap 16th-note delay, but what’s a little unusual about it is that the echo is, if anything, a little louder and fuller-sounding than the dry signal that’s feeding it. The upshot of this setup is that when each note hits, the banjo and synth note fuse perceptually into a single event, but then the single synth echo feels like it leaps outside the bounds of the speakers. It’s a really wacky effect, and one that I actually do find weirdly evocative of a butterfly’s wing beat, if that’s not being too fanciful. Unlike some extreme stereo effects treatments, though, its inherent mono incompatibility doesn’t actually affect the audibility of that melodic hook under single-speaker listening conditions, because the only thing that suffers (and it does all but disappear, to be fair) is the echo, not the main riff itself. Very smart.

There is another nifty effect to listen out for in the second verse too, where it sounds like some kind of infinite reverb/delay patch has been allowed to generate a kind of backing ‘pad’. This sort of thing is really well suited for a very stripped-back ‘rhythm plus vocals’ arrangement like this one, because the details of the effect can bubble up tantalisingly in the gaps in the texture. It’s also a great dodge from a mix engineer’s perspective if you feel as if the production needs something akin to a synthesizer pad (for adding stereo atmosphere, say, or general timbral warmth), but you’re reluctant to actually add a new musical part for fear of offending the client.