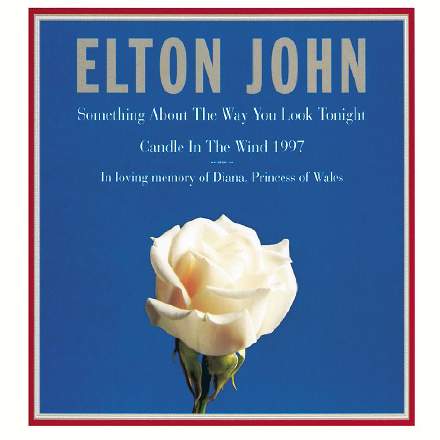 I’m no fan of the concept of charity singles in general, but even setting that general bias aside, I can’t help feeling that this production feels like a retrograde step from the 1973 original in many respects. I’ll take the original arrangement’s bass and guitar countermelodies, sensitively paced backing-vocal layers, and tasteful drum fills over 1997’s bland piano vamping and auto-accompaniment-grade chamber-ensemble arrangement any day of the week. However, Elton John’s structural adjustments to the song for the later version are quite thought-proviking, albeit frequently overlooked in the shadow of all the attention paid to Bernie Taupin’s elegiac lyrical rewrite.

You see, the chorus of the 1973 song is seven and a half bars long, and given our Western penchant for four- and eight-bar phrases this gives it a rather unsettled quality. Indeed, this is evidenced by the numerous covers (not least Ed Sheeran’s) that can’t help slip in a couple of extra beats after “long before”. Given the anticipated breadth of the 1997 version’s media reach, I’d not have been surprised had Elton John taken that lowest-common-denominator route too, but in the event he chose to add another two beats before “your candle’s burned out” to expand the chorus length to eight and a half bars, and I think this was a canny move on many levels.

Firstly, this move acknowledged that many of the audience would not only already know the original, but would probably also have heard plenty of covers with the added half-bar after “long before”. The new half-bar before “your candle’s burned out” would surely have come as a surprise to most listeners and (in conjunction with the arrangement breakdown at that point) I’m sure that would have focused greater attention on the lyric’s most funerary line – a line which also, of course, includes a throwback to the “candle” of the song title.

Secondly, I reckon Elton John’s double half-bar extension actually makes better sense of the melody’s pacing. For me, adding just the two beats after “long before” feels quite artificial – it’s like it’s inserting a rather arbitrary hiatus into the 1973 version’s comparatively uninterrupted melodic trajectory for the sake of structural four-squareness. Elton John’s double half-bar tactic, though, feels more like it’s relaxing the pace of the whole second half of the chorus, such that both half-bar extensions feel somehow more musically logical. It’s a bit like the old joke about jazz improvisation: if you make a mistake, just repeat it to make it sound like part of the plan!

And, finally, the sense of closure of a four-square song structure just seems somehow less appropriate for an expression of grief like this than the subtle limp of Elton John’s eight-and-a-half-bar variant. Furthermore, I think the 1997 version’s slower chorus pacing serves better in this respect than the faster pacing of the 1973 record too.

(If you are checking out the 1973 original, by the way, do take a moment to appreciate the sixteenth-note predelay on the snare reverb, which not only keeps that super-dry seventies kit sound nice and upfront, but also adds just a hint of extra rhythmic bounce to proceedings. It’s also interesting how the severely low-cut acoustic-guitar timbre effectively serves to fill the gap in the arrangement’s upper-spectrum detail left by the drumkit’s anaemic hi-hat and cymbals – the latter a common by-product of the 70s fashion for close-miking drum kits in dead-sounding studio spaces.)