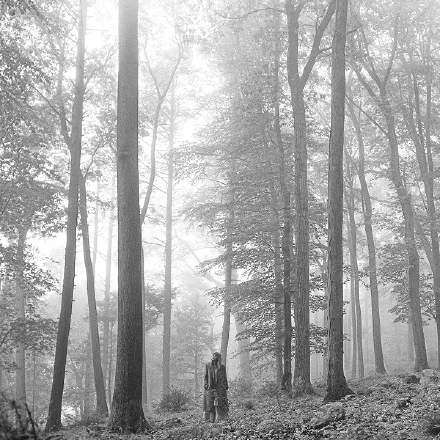 It took me a little while to get to grips with the structure of this song, because there are a number of things that blur the identity of its different sections. For a start, this isn’t a typical pop arrangement on a surface level, because the texture doesn’t change dramatically as a structural device. Yes, there’s some light and shade – a little more or less drums, strings, or backing vocals from section to section – but nothing that screams “Here’s the chorus dummy!” in the overt way chart productions often do.

The identity of the chorus (first heard at 0:35) also seems slighty blurred at times, by bucking some typical pop expectations. Most of the lyrics don’t repeat from one instance to the next, for example – only the “I knew you” header recurs. The chorus doesn’t include the song’s title hook either, which actually appears as a kind of chorus addendum. And later on the chorus suddenly grafts in the most recognisable line of the verse (“when you are young they assume you know nothing” at 2:41), before moving to a new chorus variant based on more frequent use of that “I knew” header. And then we get the chorus texture introducing a whole new “you’d come back to me” coda at 3:17. None of these things is without precedent in mainstream pop productions, but taken all together they give me a sense of the sands shifting a little under my feet as a listener. Now, don’t get me wrong, I’m not actually criticising all this. On the contrary, in fact, because I think the structural ambiguity rather effectively supports the mixed emotions evident in the lyrics.

The title-hook section plays an interesting identity game too. When we first hear it at 0:50, it’s underpinned with the same Fm-Bb-Ab6-Bb progression used in the preceding verses (0:04-0:34), such that the F Swift settles on for the important words “cardigan” and “favourite” is consonant on both occasions. However, the next time that section appears, it’s given a whole new progression of Ab-Cm-Eb-Ab which makes the same F notes dissonant in both cases (the first, most jarringly, as a fourth over Cm, and the second as a sixth over Ab). This is a fantastic way of grabbing the listener’s attention for the second instance of the hook line, now that the song-title’s appearance doesn’t have novelty on its side. And, in addition, the Eb chord brings with it a strong flavour of the chorus progression, and again that just seems to amplify the sense of undecided emotions for me.

Despite all this good stuff, though, I did baulk at one thing: the instrumental section at 1:49-2:03. Is it actually necessary at all? It just feels like it’s treading water to me, offering neither vocals nor any real interest in the backing track – that little piano riff sounds far too much like pedestrian accompaniment figuration to really sustain the interest. If you ask me, I think the song works better without it entirely – and it’s dead easy to edit out too. Have a listen: Edited Version: play_arrow | get_app To be honest, nowadays this is exactly the kind of redundant musical section that immediately makes me think there must be something visually diverting happening in the video at that point, so I was surprised to find there was nothing more thrilling than a few different angles of Ms Swift clearly emoting deeply – a visual crutch to which I find myself increasingly immune the further my teenage years recede into the dusty tape-vault of eternity…