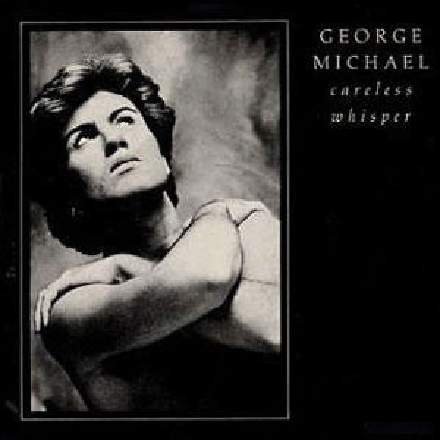 My sadness at George Michael’s recent departure from the pop firmament inspired me to revisit this song, the super-slick self-production that first unequivocally marked him out as a solo star. Granted, it does boast the Joint Cheesiest Sax Solo Of The ’80s (a dead heat with Dire Straits’s ‘Your Latest Trick’), but personally I’m too busy marvelling at the quality of the rhythm section to care much. The bass player in particular, Deon Estus, does a tremendous amount to enliven the repeating four-bar chord progression, and beautifully paces his performance to enhance the momentum of the song. From a starting point of simple, understated sustains underpinning the opening sax solo, both the verse and the chorus gradually introduce more punctuation, syncopation, and rhythmic detail. Then subsequent verses and choruses build progressively on their forebears, such that the third sax solo at 3:35 could almost be called a bass solo as well!

But my favourite thing about the bass line is what he doesn’t play: specifically that stark gap after the truncated G on the chorus’s second-bar and sixth-bar downbeats. Not only does this allow the tambourine backbeat to pop through the texture more assertively, but it also makes the four quarter notes in the second bar of chorus three (3:13), which momentarily threaten to derail the harmonic progression, more of a statement.

There’s plenty of reverb on this song, but much of it is significantly pre-delayed. To hear this more clearly, check out the stereo Sides signal, as this all but mutes the dry saxophone solo, lead vocal, and snare/tambourine backbeat (which are centred in the stereo image), making their delayed effect onsets easily distinguishable.

There are a couple of ways this kind of pre-delay helps clarify a mix. Firstly, moving the reverb out of the dry sound’s masking ‘shadow’ makes it more noticeable in its own right for a given mix level. (People who could afford digital reverb in the ’80s usually wanted to brag about it!). And, secondly, delayed reverb implies psychologically that a sound source is closer to the listener than the boundaries of the simulated acoustic space. This keeps the most important musical elements feeling upfront despite the richly reverberant nature of the production as a whole, and makes the reverb itself seem to have more ‘depth’ by contrast with the clearly separated dry sounds.

The backbeat’s pre-delay also matches the tempo, placing the reverb’s arrival one 16th note after that of the dry sound, which subtly elevates the drummer’s groove (especially during the second verse), but without quite breaking cover as a separate rhythmic event in its own right.