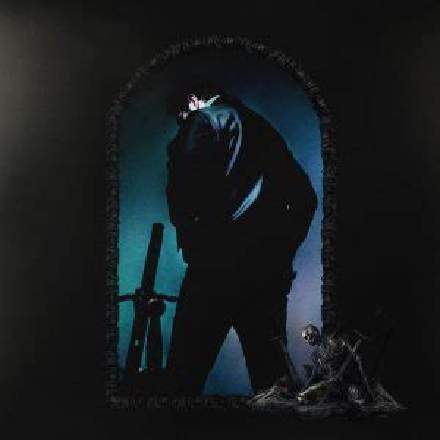 This is a mix with terrific small-speaker kick-drum translation, by virtue of a strong 200-300Hz emphasis and plenty of noisy midrange ambience. Pushing a kick drum’s low-midrange region is frequently the last thing you want to do in a lot of mixes where bass, keyboard, and electric-guitar parts are all vying for their share of warmth frequencies – it can be a recipe for overall tonal muddiness. In this case, though, the kick drum’s energy is actually rather restrained below 200Hz, and the low midrange itself is very tightly controlled in the time domain, both of which serve to mitigate any inherent sense of bloat. In addition, the only real crossover instrument in that region here is the bass, and it isn’t exactly overloaded with low end, so it doesn’t really muddy the mix tone either.

That said, there is something a bit odd about the bass, because it seems it’s being doubled by a separate sub-octave synth a couple of octaves below. Now, when you double a bass line at a lower octave, your ear usually tends to kind of ‘glue’ the sub-octave together with the main bass part perceptually, so you get the sense that there’s still only one bass part playing, but its pitch is now an octave or two lower. Here, however, this doesn’t seem to be happening, so you’re left with a slightly strange effect where the bass line still seems to be at the same pitch, and the subsynth is mostly just adding a kind of indeterminate rumbling underneath the mix texture. I found it a slightly disconcerting sensation, to be honest, which initially fooled me into muting my monitors thinking I was hearing my children playing hopscotch in the room above me! To be fair, though, I can see why Malone felt this production needed some added subs (even with the subsynth it’s hardly overburdened at the low end compared with market competition), and the results do have novelty on their side, which is rarely a bad thing in the pop world.

So why doesn’t the subsynth merge well with the main bass line? Well, the subsynth’s comparatively low level means that it doesn’t make its presence felt that strongly, for a start, and choosing to double two octaves below will likely also have hindered cohesion, I reckon. The subsynth is also pretty much a pure sine wave, with very little first harmonic plugging the gap between the subsynth’s fundamental frequency and the main bass line’s. And then there’s the fact that the subsynth doesn’t always track the main line at the same interval. For instance, the main line’s lowest note ( F, with a fundamental at 87Hz) is doubled only an octave below (at around 44Hz), whereas the rest of the line is doubled two octaves below (eg. the main line’s G fundamental at 98Hz is doubled by the subsynth at around 25Hz). This lack of consistency undermines the illusion that the two parts are one, I suspect. What’s curious, though, is that I’ve heard productions where similar concerns haven’t actually derailed the perceptual cohesion appreciably, so there’s clearly a good deal of grey area with this.

Another resolutely mass-market methodology on display here is the approach to the stereo image, with the vocals, bass, and drums all pretty much in mono, while the rest of the stereo panorama is populated by the chorusey guitar, various surreptitious synth pads, and a few different stereo effects. As such, the mono-compatibility is stellar, because all the main musical elements remain pretty much unchanged, and the loss of level from the longer-tail stereo effects returns helps retain clarity and intelligibility for the vocals in less conducive listening conditions. Furthermore, in stereo the stark contrast between the central, upfront bass and drums and the rest of the wider, more ambient mix components helps provide a decent sense of depth too. A win-win situation! You could perhaps criticise the serious mono-incompatibility of the main rhythm guitars, but personally I think their over-widened stereo presentation is a useful pop statement, while their actual musical (as opposed to sonic) interest in mono is fairly peripheral, so I’d stand by that trade-off myself.

Oh, and before leaving this mix, don’t miss out on the lovely little feature at 1:36, where the first two words of verse two (“let go”) are starkly highlighted by the sudden effect-tail shutdown, the truncated kick and bass beats, and the omission of that bar’s first snare backbeat. Not only is this great from the perspective of refocusing attention on the lead singer for the fresh instalment of verse lyrics, but it also makes a virtue out of stripping back the arrangement intensity at that point, as you often want to do in pop productions so there’s plenty of room for further arrangement build-up down the line.