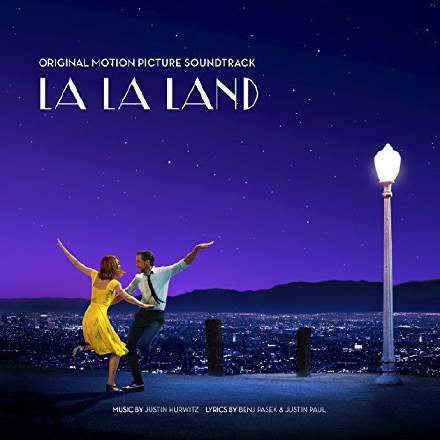 There are few stars of the modern screen I’d personally class as great singers, which is perhaps why it often seems that sung vocals in live-action films have been (ahem) ‘over-sanitised’ using overdubbing and various digital audio manipulations. A major reason why I like the winner of Best Original Song at this year’s Oscars, therefore, is that it resolutely avoids this, wearing its imperfections on its sleeve as a talisman of emotional authenticity.

Let’s take the tuning, for instance. Now while I’m certainly not going to assert that surreptitious Auto-Tuning is entirely absent here (my instinctive suspicion of the Hollywood myth is far too deeply entrenched for that!), I simply can’t detect a single audible artifact of it. Indeed, the main reason I’d deduce the presence of behind-the-scenes pitch-correction is that the occasionally wayward tuning of the duet sections (eg. “I don’t” at 1:37) is so utterly convincing! You see, apparently this song’s on-set vocals weren’t replaced in post-production, as would normally happen in film musicals, and I’d imagine that the polyphonic audio from the actors' comparatively noisy concealed miniature mics (or out-of-frame shotgun mics) would have been almost impossible to fully correct without introducing noticeable digital gargles, even using the borderline magic of Melodyne’s DNA algorithm.

And speaking of the noisy signals, I think those enhance the sense of immediacy too. Pretty much everyone nowadays recognises the noise-pumping that occurs when the built-in limiter on a handheld camera attempts to even out the signal from its little internal mic — and furthermore that it provides a powerful subliminal cue that what they’re hearing is unadulterated audio that was actually recorded live with the video. So, for example, the very fact that the background noise noticeably increases as the quieter words are faded up towards, say, the end of “I felt it from the first embrace I shared with you” suggests a certain ‘reality TV’ cachet that a slick ADR overdub wouldn’t normally possess. You just believe you’re actually hearing that actor singing live.

Of course, it’s certainly possible we’re actually victim to an elaborate ruse here. After all, we’ve all heard rumours of Hollywood stars being surreptitiously airbrushed frame by frame visually, so it wouldn’t be much of a stretch to conceive that artificial ‘realism’ might have been added to traditional ADR recordings to prop up the heavily marketed conceit that ‘it was all performed live’. Fortunately, whether we’re hearing ‘real real’ or ‘fake real’ in this case is a moot point — the bottom line is that the end product feels 100 percent convincing to me, and I only hope that La La Land’s enormous success discourages more film-makers from polishing singers to death in future.