by The Chainsmokers
feat. Halsey 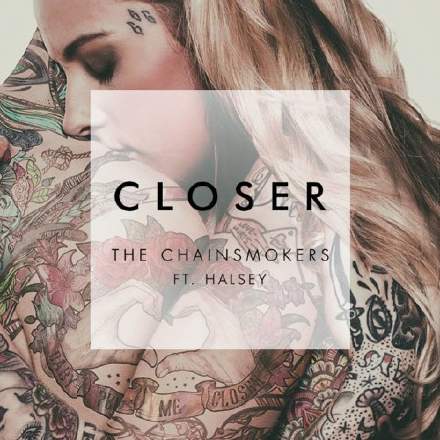 On the whole, creators of programmed music tend to be fairly reluctant to tamper with a tune’s underlying tempo — sometimes because it violates the expectations of a specific electronica sub-genre, but frequently because it’s just a bit of a faff to manage fiddling with tempo-changes in practice. As a result, electronic releases rarely benefit from the musical emphasis that can be generated by slowing up momentarily in the beats preceding a chorus or hook section, and then resuming a consistent tempo. (If it’s not immediately clear what I’m talking about, consider how the lyric “Those were the…” slows down before returning to tempo for “days my friend” in the classic Mary Hopkin hit. Something of a stylistic non sequitur, I admit, but hopefully you get the idea…) However, at 2:31 in this tune, Chainsmokers nevertheless manage to pull off something akin to this trick by allowing the first few notes of the arriving synth riff to lag noticeably behind the beat, giving a surprisingly similar subjective effect. It’s quite a production sleight-of-hand, in fact, because it manages to avoid the danger of unsettling the groove overall by returning to closer synchronisation (although still with the synth on the laid-back side) by the time we reach the riff’s fifth or sixth note.