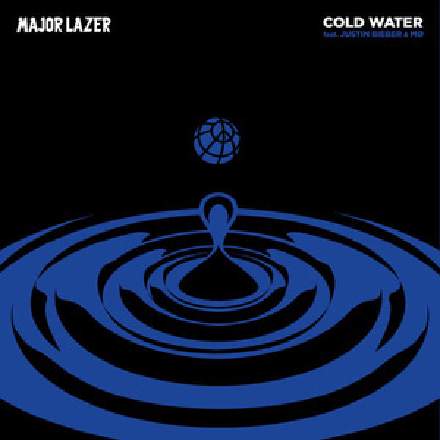 I’ve encountered a misconception amongst many acoustic musicians that electronic dance music is rather simple and superficial from a production perspective — ‘just slap a couple of synth/vocal hooks over a beat, and Bob’s your uncle’, if you’ll forgive the caricature. Indeed, the lameness of many a well-meaning classical/EDM crossover project has frequently stemmed from a lack of nuance in the electronic elements, in my opinion. Even amongst aspiring EDM producers, however, there is a definite tendency to underestimate the amount of careful background sound-design that goes into top-level commercial releases. In this regard, Major Lazer’s latest Justin Bieber vehicle presents an excellent study, because it’s absolutely saturated with the kind of production touches I’m talking about.

The first verse is a prime example. As far as foreground ‘musical’ parts go, all you get is the lead vocal, the main guitar loop (with its gradually opening low-pass filter), and a handful of rather restrained programmed drum hits. Lurking in the shadows, however, are all sorts of little titbits. For a start, the gaps between vocal phrases are reliably plugged with some kind of subtle little fill each and every time: the filtered melodic widdle at 0:07; the tonal swell at 0:11; the glistening F# one-shot at 0:16; and the reverberant percussive synth ‘beh’ an octave higher at 0:21. But behind those lies another layer of background elements, such as the reverberant ‘slap’ on the first downbeat at 0:02, the mellow vinyl crackle at 0:06-0:12, the slow, dark-sounding noise swell at 0:13-0:16 (a rather clever subliminal underpinning of the “take a deep breath” lyric), and an introductory reverse-envelope transition effect that repeats at 0:20-0:23. That’s at least nine supporting sound-design elements within the space of 23 seconds. Or, to put it another way, roughly one piece of ear-candy every 2.5 seconds!

And the avalanche of background detail doesn’t by any means let up after that. Vocal ad libs provide additional fill possibilities (as at 1:21 and 1:26), as do variations in the rhythm programming (at 0:45, 1:06, and 1:16 for instance), while ethereal transition elements seem to be gently wafting around the edges of perception most of the time if you peer concertedly into the deeper recesses of the mix. If you’re having trouble identifying the latter, try soloing the stereo Sides signal — for example, in the first hook section at 0:46 you can thereby much more clearly hear the filtered-noise ‘cymbal’ that arrives on the downbeat and the breathy ambient synth layer that’s most prominent on the A at 0:57, but which meanders more surreptitiously through C# and E a moment or two later.

Taken together, all these ancillary components do an enormous amount to make the listening experience more immersive, emotional, and atmospheric, as well as actively re-engaging the attention of wandering ears. Unfortunately, this kind of work is also tremendously labour-intensive, naturally, but the fact that top chart producers are willing to invest so much effort in this department indicates how crucial they consider it to be to a tune’s mainstream appeal.