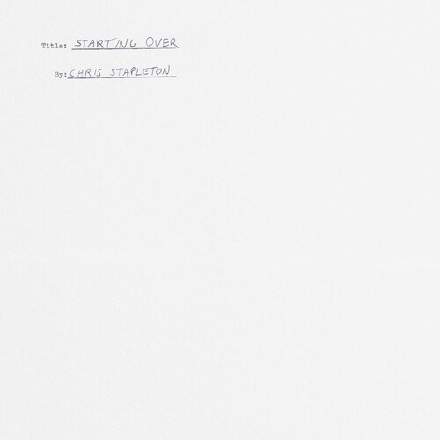 Despite having just won Best Country Song at this year’s Grammy awards, there’s not a million miles between this and Adele’s 'Skyfall', to be honest, what with the super-meaty dry drum sounds, moody piano, pillowy bass, and woozy strings! And, like Adele, you’re dealing with an absolute star vocalist delivering a tremendous performance that’s tailor-made for his range, allowing him to deliver soft intimacy during the lower-register verses and howling intensity in the octave above for the choruses.

The melodic construction is interesting too, because of the way the vocal line incorporates a good deal of imitation between phrases, but without becoming over-repetitious. All four lines of the first verse, for instance, clearly draw from the same G#-B-G#-F# melodic kernel, but the second and fourth lines end up settling onto E, while the third replaces the second G# with the C# above it, giving a kind of A-A'-A''-A' structure that avoids any direct repetition, either between adjacent phrases or between the first and second halves of the verse. And then, when the second verse might have been expected to repeat this structure, both halves are extended with the additional phrases “guess I’ll tell them I’m without you” and “try to put yourself in my shoes”.

For the chorus, we get four iterations of the hook melody on “why you got to be so cold”, but again their placement plays with our expectations and in the process cannily manages to both begin and end the chorus on the hookline. So the first half of the chorus follows its opening “oh” with two interations of the hook melody (“why you got to be so cold / why you got to go and…") and two iterations of a response line (“cut me like a knife / and put out love on ice”) to give a “oh”-A-A-B-B structure. Then the second half begins along similar lines, with “oh” followed by the hookline melody on “girl you know you left this hole”. However, then the second hookline interation is replaced with an emphatic new riff hammering away on F# (“right here in the middle of my soul”) from which we return for another “oh” and the final hookline, to give an overall structure of “oh”-A-A-B-B-“oh”-A-C-“oh”-A. There’s something tremendously satisfying about this: the way it clearly has some structural connection between the first and second halves; the way the third “oh” makes the final “why you got to be so cold” feel so inevitable; and the way the reduced duration between the second and third “oh”-A building blocks somehow feels like it’s quickening the musical pace through the section as a whole.

For the most part, the harmonies are fairly straightforward, rattling around a pattern of C#m-G#m-F#m-A-G#7 with just a halving of the harmonic rhythm for the fourth and fifth chords. What really adds to the pathos, though, is how the music feels like it’s trying to contradict the minor key’s B# leading note. In a sense, the whole chord pattern can be seen in this light, with the G#m chord contradicting the G#7 chord in this respect, but there are also melodic elements that clash strongly with it too. During the choruses, for instance, Stapleton sets C# against the B# on “ice”, and then B against the B# on the final hookline’s “why”. And the strings repeatedly sound a B against the B# (eg. at 1:44, 2:17, 3:37, and 3:53) and even join in unison with the guitar solo on the B at 3:22.

Now, while I was investigating various tracks off Stapleton’s latest album Starting Over (which also won the Best Country Album award at the Grammies), I happened upon the ‘filmed in the recording studio’ video for the record’s title track, and had a lot of fun nerding out over Vance Powell’s recording techniques, as I do really rate his engineering style. However, one thing did bug me: the final chord, during which Stapleton, who has been playing his acoustic guitar while singing the whole time, leans over during the final sustain tail and appears to take something (a pick, I suspect) out of his mouth with his right hand, and stretches right over his left shoulder to place whatever it is onto a little side table just within reach on his left-hand side. And yet the chord’s sustain tail remains perfectly clean. Not a hint of creak from the guitar body. Not a rustle of clothing. Not a whisper of breath noise. As such, I’d say there’s not a snowball’s chance in hell that we’re seeing the take that we’re hearing here. Which is a bit of an own-goal, given that the film maker went to the effort of starting the video with 12 seconds of ‘shuffling around in the studio and then counting in’ scene-setting stuff to try to convince us we’re actually hearing things live off the studio floor…