by Tones and I 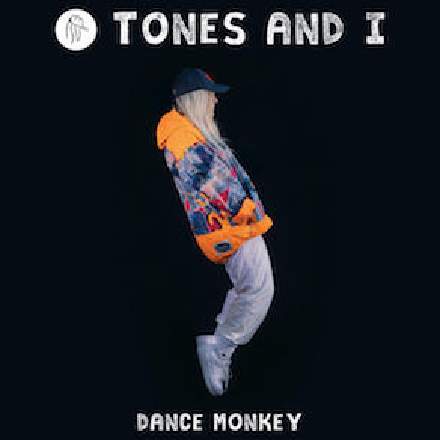 It’s not often that you hear a genuinely arresting new voice, but this one’s a bona fide head-turner — a kind of living mashup of Björk, Dolores O’Riordan, and Macy Gray. And I think it’s a testament to the hit potential of a great lead performance, because, if I’m being totally honest, the rest of the production feels pretty unremarkable.

While it’s undeniably impressive to see the singer present the whole arrangement single-handed within a busking context, most chart pop productions have now moved way beyond the kind of repetitive loop-driven construction that’s stock in trade for many professional street-corner performers, and I can’t help feeling that she could have been framed in a far more compelling way in the studio. To put it another way, this record reminds me of a lot of extremely dull ’80s releases where people were still clearly so impressed by the sheer sonic novelty of sequenced synths, drum machines and digital effects that they didn’t bother with fripperies like musical variety, humanity or momentum.

So, as I see it, Tones And I has two options. Either she can leverage this enormous hit to solicit a wider range of production input, or else she can just pray that the novelty value of her vocal stylings doesn’t wear off too quickly. Personally, I hope she takes the first option, because I think the world needs fresh voices like hers in the charts.