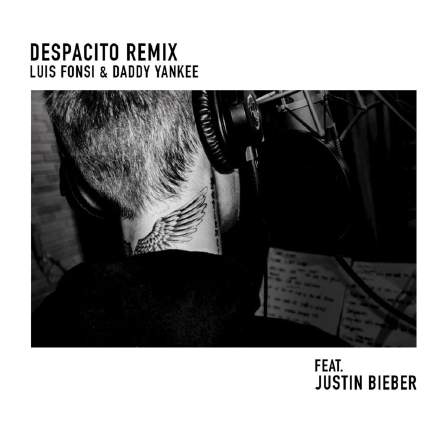 Comparing the Bieber-ised version of this global smash with Luis Fonsi’s very similar original mix throws up some interesting questions. For a start, why has the polarity of the remix been inverted? I realise that some people feel that the absolute polarity of things like drum sounds are an important concern, but try as I might I can’t hear any improvement in the remix’s main kick sound. In fact, once you loudness-match the two mixes (the EBU R128 standard suggests the remix is about 1.2dB louder), the original’s kick sound feels appreciably punchier, and in general the quality of the whole mix seems to have suffered unacceptably for the sake of a comparatively small volume hike — the bass feels much warmer in the original, for example, while the stereo image is wider and more open-sounding.

Then there’s the issue of vocal levels. Now I can understand that Camp Bieb may have wanted to go for a more singer-heavy mix, so I wasn’t surprised to find his voice louder on the whole than the corresponding voice in the original song version. My question, though, is why does Daddy Yankee’s melodic rapping (1:45-2:06) seem appreciably quieter in the remix? Did the remixers feel that his Spanish-language lyrics wouldn’t carry as well with English-speaking audiences anyway, so weren’t too worried about lyric intelligibility and therefore balanced the track more in favour of the groove? Or was it done to increase the impact of Bieber’s subsequent entry on “pasito a pasito”?

What is unquestionable, though, is that the producers behind this track haven’t wasted the potential of their hook line “Despacito”. The way they draw attention to its first appearance at 1:01 by suddenly slowing the tempo by about 20 percent for two beats is a masterstroke. Sure, they took their cue from the meaning of the word (which translates literally as ‘slowly’), but that’s not to take away from the fact that they judged this stunt beautifully: it puts the brakes on just enough to heighten the anticipation of the downbeat, but not so much that you totally lose the sense of rhythmic momentum during the hiatus. Of course, the risk of antagonising the party-goer by disrupting the pulse they’re busy twerking to increases as the groove becomes more entrenched, so the producers wisely choose a different tactic at 2:29, putting the hook line in a two-beat phrase extension instead, again slowing the arrival of the expected downbeat, but this time without affecting the underlying tempo. And even though they eschew such rhythmic shenanigans for the other four “Despacito” appearances, they still carefully hollow out the backing arrangement in each case, so you’re in no doubt what to type into Spotify, whatever language you happen to speak!