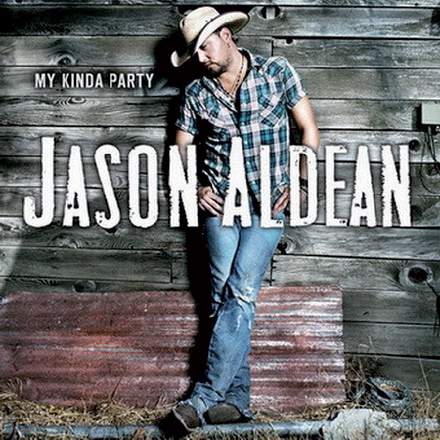 Although it’s made little impact on UK listeners, this powerhouse of a country hit marks Aldean’s first Top 10 Billboard Hot 100 placement, and has propelled his album My Kinda Party up to number two in the US album charts. What impresses me most about it is the warm, laid-back power of its slick chorus backing sound. The foundation of this is the bass, which, despite excellent audibility and good small-speaker translation, actually appears to contribute almost nothing to the mix above 250Hz. As such it relies heavily on its fundamental frequency and first two harmonics, all rock-solid and consistently balanced in the mix. Of these, the first harmonic dominates, leaving space at the low end for the kick and in the low mid-range for the guitars.

And speaking of guitars, these are expertly judged too, with just enough well-controlled low end to stand on their own without the bass, but not so much that the overall mix tonality gets muddy, despite the richness of the lead vocals in this region too. At the other end of the guitar spectrum the overdrive is tastefully moderate, avoiding the classic home-studio mistake of masking the lead vocal with multiple layers of overcooked distortion hash. And finally, lurking surreptitiously behind the guitars is a very effective Hammond organ part, padding out the mid-range and high frequencies to give a smoothness to the overall tone that electric guitars will typically struggle to deliver on their own. Ahhh… It’s like bathing in golden syrup! However, one thing to bear in mind is that it’s not just the timbres that are responsible for this sound, but also the tuning. It’s only when everything is firmly locked in tune, as it is here, that you’ll get this kind of mix clarity when there are so many rich sounds trying to blend together. Let the tuning slip and that bath’s full of custard instead!

Another quick point to note is that this mix clearly highlights one of the practical ramifications of panning your rhythm guitars hard left and right. Check out the second chorus (1:17-1:47), for example, and try switching it in and out of mono — Brainworx’s freeware Bx_solo plug-in’s great for this. You’ll hear that the rhythm guitars drop a good deal in the mono balance compared with the stereo, and this is particularly well highlighted when the little central solo riffs pop up at 1:34 and 1:38, as these balance much better with the rhythm guitars in stereo than they do in mono. Mono compatibility also suffers a bit on account of a super-wide Hammond image, which again loses a lot of level when the channels are summed. All that said, however, the musical function of these parts doesn’t suffer tremendously from the balance shift (none of them are carrying important hooks, after all) and the thinning of the mid-range texture makes up for the lack of stereo separation in terms of maintaining vocal clarity, so you could justifiably argue that rather than being a problem, it’s actually something of a win-win situation.

By the by, before I settled on this track to critique here, I concentrated initially on the album’s title song, but then I switched over to ‘Dirt Road Anthem’, because the production style is very similar and I figured more people would have heard the bigger-selling single! :) However, there is one production technique that seems more audible on ‘My Kinda Party’ and that’s the way the snare sound is varied throughout the song. For example, compare the snare sound at around 1:30 during the second verse – prominent metallic overtones and a fairly contained space – with the full second-chorus sound at around 2:00, which has more ‘boosh’ and wide reverb sustain. And then there’s a definite tightening up again for the little breakdown section at 2:34-2:34, which works really nicely, and emphasises the arrangement drops well. This is the kind of thing I very rarely seem to hear on home-brew mixes, and subtle as it might seem at first, it can make a really big difference to the long-term dynamics and contrasts over the stretch of a full song.