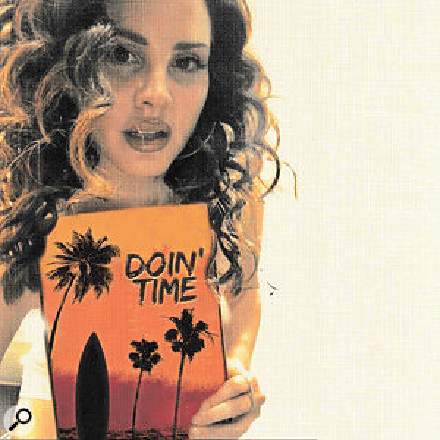 I think it’s fair to say that advances in playback and listening technology over the last couple of decades have led to an increasing focus on the sub-40Hz bottom octave of the audible spectrum. Of course, the ascendance of electronic and urban genres into the mainstream has played a important role too. Plus, in more recent years, I think the shift towards loudness-normalised streaming services has also encouraged bassier productions, because low end doesn’t accrue as heavy a loudness penalty on those platforms as it would have done on vinyl or CD pressings.

Nevertheless, one reality remains pretty inescapable: the lower down the spectrum you put any specific musical element, the smaller the percentage of your audience that’ll likely hear it, so you have to decide what role such super-low-frequency content can usefully fulfil. One approach is to use extreme low-end events as production ‘Easter eggs’: hidden treats for those few fans tooled out with subwoofers, but nothing that will in absentia undermine the musical sense for mass-market listeners. So, for example, when the main groove arrives in this Lana Del Rey track at 0:30, it’s accompanied by a downbeat sinewave pulse around 23Hz, and this sub-bass emphasis then repeats every couple of bars. It’s not something many people will even realise is there, but on a full-range system there’s no mistaking its subtle additional warmth.

Now, to be fair, I’ve encountered situations on commercial releases where spurious and/or undesirable sub-bass components have clearly made it through to the final release unnoticed, because either no-one checked the mix on full-range monitors or they simply weren’t paying enough attention. As such, it crossed my mind that the sub-bass pulse here might be nothing more than an oversight (perhaps some undetected LF component lurking in a sample loop), given that its contribution is mostly pretty subliminal. But the two much louder instances at 2:42 and 2:49 put that idea to bed fairly convincingly, implying that the mix engineer has had his or her beady eye on the low end the whole time.

Within that context, then, it’s intriguing to realise that the nominal pitch of the sine-wave pulse in question is not the song’s tonic root note of G, but actually the F# a semitone below. At those low extremes, the subjective pitch of a pure sine wave can feel at variance with the mathematically determined pitch, and I’m kind of assuming that’s the deal here, because when I notched out the F# with EQ and replaced it with a G, it did seem a little sharp to me by comparison. It’s an interesting little experiment to try!