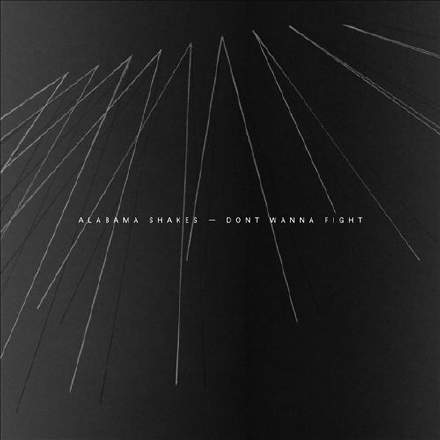 The ethos of experimentation that Alabama Shakes' production team talked about in this Sound On Sound magazine article clearly paid dividends — not since Anastasia’s ‘I’m Outta Love’ have I heard such a show-stopping vocal opener as this. It sounds like Macy Gray’s caught something sensitive in her zip! And aside from its sheer ‘what the…?’ impact, that kettle-just-boiling squeal is also tremendously effective as a contrast to the main vocal timbre that arrives three seconds later, serving to emphasise the earthy gutsiness that’s practically a Brittany Murphy trademark. The vocal gymnastics don’t end there, either, because the chorus then pushes into a completely different pitch register. Somewhat outside the singer’s comfort zone, clearly, but there’s no harm in that when it results in something as ear-catching as this.

Another fascinating sonic element here is the opening dual-guitar texture, which feels almost supernaturally wide in stereo, but without using any fancy out-of-phase shenanigans — soloing the left and right channels independently, it’s clear that all we’re hearing is hard-panned mono signals. However, each channel does have that kind of ‘static flange’ timbre I associate with comb-filtering, which suggests one plausible explanation for the image width. Let me explain.

Even with separate instruments panned to opposite extremes, there will almost always be some frequencies that both instruments are both putting out in phase at any given moment, effectively panning the combined energy at those frequencies towards the centre. Although the specific frequencies narrowed in this manner will constantly be changing, on average this unpredictable phenomenon will tend to narrow the mix a touch. However, imagine that you notch a narrow frequency band out of the left channel — it would avoid that spectral slice ever being pulled towards the centre, albeit at the cost of nailing that slice to the right-hand speaker. Then, naturally, you’d want to notch a slightly different frequency in the right channel to rebalance the stereo image overall. The result: a mix where more of the frequency energy remains at the stereo extremes, and which therefore feels subjectively wider.

Now scale that up to use masses of different EQ notches per channel, rather than just one, and the width-enhancement strengthens. If that sounds like a lot of work, though, never fear — comb-filtering generates a whole series of different EQ notches at a stroke by its very nature. Which brings me back to what I’m hearing on ‘Don’t Wanna Fight’. I reckon each guitar has some degree of comb-filtering on it, but each part affected at different frequencies, and that’s what’s enhancing the apparent stereo width in this case. What’s causing the comb-filtering is another question, of course. I can only guess… While it could feasibly be a dedicated stereo-widening plug-in, it’s just as likely to be some kind of sub-10ms delay effect (such as a static flange) or merely the outcome of combining multiple mics set up at different distances from the amp during tracking.