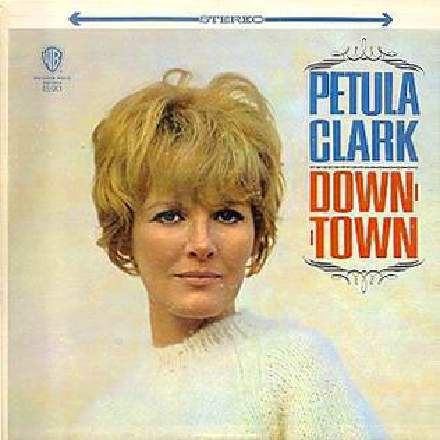 The Beatles' ‘I Feel Fine’ may have blocked Petula Clark from the UK chart’s top spot, but she returned the favour by shunting them out of pole position in the US, becoming the first female UK artist to hit Billboard number one since Vera Lynn 13 years prior. She also bagged 1965’s Grammy for Best Rock And Roll Song — one must assume rock & roll was an extraordinarily broad church back then, given that The Kinks’s 'You Really Got Me' had already assailed hit parades the year before. (That said, a young Jimmy Page was one of this record’s session guitarists, so it’s not entirely bereft of rock credentials!)

Most listeners of the time doubtless heard the mono mix, but I find the stereo version much more intriguing because of the way Petula and her vocal reverb totally hog the stereo centre, while (contrary to engineer Ray Prickett’s recollections) all the other signals appear to feed only one of the two channels: the brass, string, and backing-vocal mics are on the left; and the bass, drums, percussion, piano, and guitar mics are on the right. However, this doesn’t result in quite such a starkly polarised listening experience as you might initially expect, for a couple of reasons. Firstly, there is plenty of mono-in/stereo-out reverb (with a hefty pre-delay) being used, judging by the amount of backing-vocal reverb you can hear in the right channel at moments such as 0:59 and 1:51, which helps draw the apparent stereo position of some of those extreme-panned mics a little more towards the centre.

In addition, though, producer Tony Hatch insisted that the whole ensemble be recorded simultaneously in one room, so even with the mics all hard-panned, there’s still appreciable spill from any given instrument coming through other mics panned to the opposite channel. You can clearly hear this factor at work during the solo piano introduction, for instance. Most of the time such spill is fairly subtle, but when the brass players turn up the power to take over the lead melody at 1:59, their spill into the opposite-panned mics becomes so strong that it seriously destabilises the brass imaging — it’s a weird effect, almost as if the main left-panned brass section are joined by a second smoother-sounding group of horns located around about mid-right in the stereo picture. However, the spill does serve a vital timbral purpose, because its more natural-sounding tone helps counterbalance the rather harsh-sounding direct capture you’ll hear if you try listening to the right-hand channel on its own.