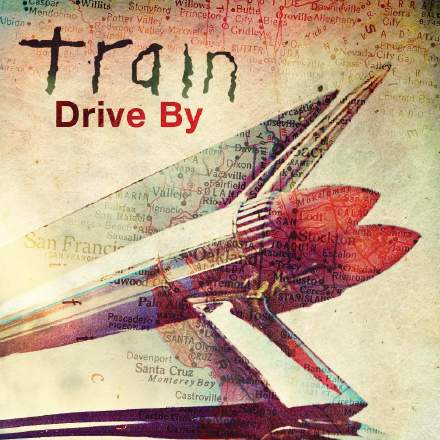 Although this song’s opening double-tracked acoustic-guitar texture, featuring the two passes panned to opposite stereo extremes, seems quite formulaic from an engineering perspective, it warrants a little extra attention. Solo the left and right sides of the mix independently and you can distinctly hear that the chord voicings in the two channels are different. Now compare the stereo mix with its mono sum, and notice how the double-tracked sound doesn’t take on quite as much of that chorus-like shimmer you’d expect of a traditional closely matched double-track, which makes it seem a little more rock and little less pop. I also suspect that the stereo effect is a little wider subjectively because of the larger differences between the parts.

Another aspect of this arrangement didn’t hit me so positively, though, and it’s to do with the bass part during the eighth bar of each chorus (0:49, 1:54 and 2:49 respectively). The line at that moment proceeds from a B to a B-sharp, the latter sounding very much like the third of a first-inversion G-sharp-major dominant-seventh chord. However, the progression across the next bar line then feels very weak to me. You could say that this is inevitable, given the interrupted cadence to A-major, but I think it’s much more to do with the fact that the bass drops down a whole step to A.

These things can be pretty subjective, but if you also hear this corner as being slightly weak, here are a few theories as to why. From the perspective of traditional, classical-style harmony teaching, the downwards move from B-sharp violates a pretty strongly ingrained principle of harmonic voice-leading, whereby the major-third ‘leading note’ of a dominant seventh is normally expected to rise to the ‘tonic’ key note (C-sharp in this case). Another viewpoint is that a tritone within any chord (in this case between B-sharp and F-sharp) will normally resolve most strongly to the closest available notes in the following chord (ie. C-sharp and E). Other pundits might suggest that the B-sharp constitutes an upwards chromatic alteration of the previous chord’s B and, as such, should resolve in the same direction.

Now, it would be ludicrous to assert that real-world songwriting never violates such harmonic ‘rules’, but in practice it’s trickiest to get away with cocking a snook at them when the contentious interval happens to be between your bass line and main melody, as it is here. For my money, I reckon a bass G-sharp in that eighth bar would have worked better, leaving the B-sharp free to resolve to C-sharp without turning the A-major chord into a first inversion — exactly what happens at the ends of the pre-choruses at 0:34 and 1:39, as it turns out!

The chords the guitars are playing in the verses and choruses are also interesting, not because they’re particularly involved, but because of the way the patterns relate to each other. Where the verse pattern repeats the four-bar C#m-A-E-B chord pattern, the chorus starts by ‘rotating’ this pattern to A-E-B-C#m. While I wouldn’t expect such a connection to be obvious to most listeners on a conscious level, I reckon things like that do make a difference to how well sections feel like they belong together, so bear this trick in mind if you find you find your verse doesn’t seem to sit well enough alongside your chorus while you’re writing.

While I’m thinking about principles of classical harmony, another thing music students are often told to avoid is using the same chord on both sides of an important bar line or section boundary. In other words is tends to work better if you change chord from one section into the next, because it gives more of a sense of ‘motion’ or ‘arrival’, depending on what you do. I think this might be part of the reason I think the transition into the middle section at 2:12 feels rather weak – the chord stays the same.