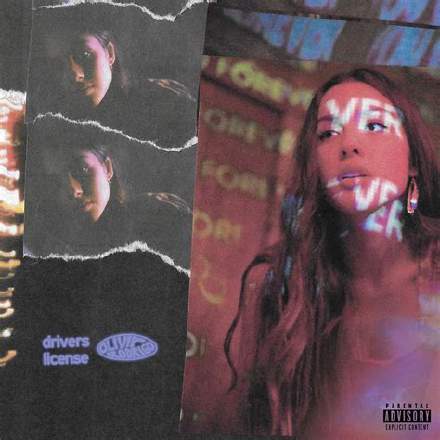 In film and TV production, there’s an important distinction between diegetic and non-diegetic sound. Diegetic sound occurs within the world we’re seeing on screen – it’s the dialogue, the Foley, or perhaps some music that’s playing on the protagonist’s car radio, say, or in the bar they’re sitting in. Non-diegetic sound, on the other hand, lives outside the on-screen environment – in other words, it’s what most film and TV composers create. When we see E.T. flying Elliott and his bike across the moon, we’re not hearing John Williams’s sweeping orchestral score because all those musicians are actually in the scene, flying alongside just out of shot! The music is non-diegetic, existing in the audience’s world rather than that of the film’s characters.

Of course, there are plenty of ways filmakers blur the line between diegetic and non-diegetic music, and a common one is the ‘diegetic switch’. For example, in the 1977 Mel Brooks film High Anxiety, there’s a great gag moment where two characters are riding in a car, and one says to the other: “If you ask me, I think Dr Ashley was a victim of foul play!” At that moment there’s a sudden entry of what seems to be standard-issue non-diegetic mystery/suspense film scoring, but the next shot reveals that it’s actually diegetic music, because they’re being overtaken by a bus full of classical musicians, absurdly performing with their instruments while on the move.

In this song, though, we get the opposite diegetic switch. Although there are no visuals here, the Foley we hear at the start clearly paints an imaginary visual environment: she’s opening the door of her car, getting in, putting the key in the ignition, and ignoring some kind of warning indicator. (Naughty girl! I’m sure your driving instructor would have had a few words to say about that…) So when the first repeated Bb piano notes appear, the fact that they double the warning pinger’s own inherent Bb pitch leaves it ambiguous for a moment whether there’s a piano in the car with her, although it quickly becomes obvious that we’ve moved from that initial vignette into the sound world of the song instead – in other words from diegetic to non-diegetic sound. However, unlike Mel Brooks, who plays the diegetic switch for laughs, in this case I think it functions as a very effective trick for grabbing your attention better from the outset. It somehow feels more difficult to treat the Foley as a background in the way we’re used to with pure music, so you’re more encouraged to envision yourself within the scene, and are subsequently led from there to inhabit the music more deeply.

And what music it is, despite using only the most conventional of harmonic means (just I, IV, V, and vi chords). For a start, the choice of a major key for this sad song perfectly fits the mixed emotions in the lyric – the elation of passing her driving test, yet having lost the boyfriend that she’d hoped to celebrate with. Then there’s the wonderful way she just jettisons redundant bars where she isn’t singing, generating some ear-catchingly non-conformist section lengths: the verses (0:08, 0:31, and 1:27) are truncated to seven bars each; and the first part of the choruses (0:54, 1:51, and 3:18) features two shorter truncated phrases of three bars each. Furthermore, even where the end of each chorus is, strictly speaking, four bars long, it still feels anything but foursquare on account of the wide variations in harmonic rhythm: a bar of one chord per beat; then longer chords that last, respectively, a bar and a half, a half-bar, and a whole bar.

Granted, Rodrigo does slip into a hoary old I-V-vi-IV variant (starting on the vi like, say, Kelly Clarkson’s 'Stronger (What Doesn't Kill You)') for her middle section, but I so like the washy Bon Iver-esque production sound at that point that I’d forgive her almost anything on that count! And besides, there are another couple of harmonic highlights afterwards that more than make up for this. Firstly, when she hits that one-chord-per-beat section for the final time, she varies the chords from Gm-F-Bb-Bb/D to Gm-F-D-F, using the new chords to harmonically emphasise her lyric “you didn’t mean what you wrote in that song about me”, rather than using the tactic she used previously (ie. belting it at the top of her register), which clearly wouldn’t have been appropriate in this new more intimate arrangement context. (I also like the way the slightly clumsy-sounding parallel chordal motions help reinforce the sense of guileless pathos at this point.) And then, when you think she’s just about to pull one of the most time-worn song-writing tricks in the book by repeating the final vocal phrase as an outro, she delivers one more gem by interrupting the final cadence and ending on vi – a move that’s especially cool because it inverts a common trope of such endings where the first instance of the outro line has its cadence interrupted (ie. IV-V-vi), while the second resolves as expected ( IV-V-I).

All these harmonic and structural techniques are almost insultingly simplistic, yet it’s a testament to how underused they remain that they can still pack such an emotional punch. Indeed, the curmudgeon in me worries that the well-deserved success of this song will inspire a whole new generation of teens to emote forlornly over four piano chords, without also imitating all the other clever stuff that’s going on here…

To risk stating the obvious, this vocal performance is terrific – a real star turn that takes us all the way from ASMR-level Eilish-isms to a soaring diva wail. And it’s further elevated by one of the most flawlessly musical and transparent vocal editing jobs I’ve ever heard – it just sounds like a single perfect take, irrespective of how much technical work may have gone on behind the scenes. I’ve complained on many occasions about poor or over-zealous vocal editing, but this track is such a paragon that it makes me want to walk round every audio production school in the country with a boombox playing ‘Drivers License’ and a sign saying “This. Is. How. You. Do. It!” There’s first-class automation going on too – notice how beautifully the chest-voice and falsetto tones have been balanced relative to each other on “so okay now that I’m gone” at 1:09-1:15, for instance.

If I were being hyper-picky, though, I might say that the tone of the noise consonants occasionally seems a bit hit and miss. Compare, for instance how these ones all feel a little soft and lispy:

…whereas these ones suddenly become brighter and more present:

I might guess that perhaps the first lyrics come from a section of scratch vocal that Rodrigo couldn’t quite beat performance-wise when she came to record the ‘proper’ vocal takes on a totally different mic. If that’s the reason, then fair enough – I’d always rather favour performance over sonics!

One thing that’s intriguing about the vocal melody during the middle section is that the tune is extremely similar to the archetypal schoolyard taunt “Nyeh-nyeh! Nyeh-nyeh! Nye-ny-nye-ny-nyeh-nyeh!” – the intervals aren’t exactly the same, but the melodic and rhythmic profiles are otherwise bang on. It’d be interesting to know if this was an intentional attempt to appeal to our collective unconscious, or whether it’s just serendipity. Certainly, this kind of half-quotation of nursery-rhyme tunes/words has plenty of precendent: the ‘Bah Bah Black Sheep’ paraphrase at the start of Gotye’s 'Somebody That I Used To Know'; the allusions to ‘Twinkle, Twinkle, Little Star’ in Rihanna’s 'Diamonds' and Nicki Minaj’s 'Starships', and to ‘Rock-a-bye Baby’ in Clean Bandit’s 'Rockabye'; or the wholesale rhythmic and lyrical lifts from ‘Heads, Shoulders, Knees, And Toes’ in Ofenbach & Quarterhead’s recent EDM tune of the same name.

The synth programming is full of treats too. There’s the surprising off-beat bass note at 0:24, a kind of pre-echo of the proper bass part that’ll only appear much later 0:54 – a trick I always associate with that unexpected chorus-section guitar ‘chug’ trespassing on the verse in Radiohead’s ‘Creep’. I love the pitch-bends first heard at 0:29, and the way they’re also a foretaste of the portamento slides we hear once the bass line arrives. I think people too often forget about the pitchbend wheel these days, now that there are so many other more fancy modulations available on modern softsynths.

As far as production power-moves go, few things can beat doing nothing. It conveys such confidence, kind of like saying to the listener “I know you’re hooked, so I can afford to keep you waiting,” and the full-bar hiatus at 1:25 is a doozy. And yet it’s 100 percent clear that we’re not hearing the end of the song, partly on account of that soft pedal movement at 1:27 – a powerful subjective marker of acoustic authenticity. But, if anything, the second time this pause happens (at 2:21) is even cooler, because of the way the bass entry precedes the rest of the texture. Instinctively, I’d have worried that staggering those entries would weaken the middle section’s sense of arrival, but it doesn’t, perhaps by virtue of the very unexpectedness of a bass-only fill at this point, given our experience of the full-bar hiatus earlier on.

In short, this is a truly stellar production.