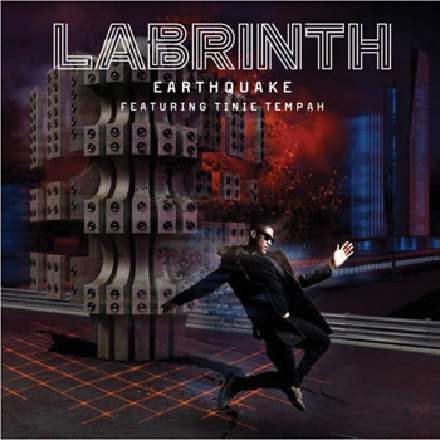 Even since Tinie Tempah’s fantastic ‘Pass Out’, I’ve considered Labrinth to be one of the most inventive chart producers around, and this recent track of his is once again full of surprises. The beat is certainly a curiosity, achieving the same kind of ponderous gait we heard on ‘Pass Out’, which nonetheless manages to conjure a sense of a faster rhythmic motion underneath the surface — most obviously through the vocal arrangement and the chain-like percussion ‘echoes’ after each snare hit, but also via subtle synth-envelope modulations and the soft, retriggered, vocal-like effect that first appears in the chorus at 0:53.

But it’s the programming of the main synths that really slays me. Not only does the extrovert pitch-sliding of the riff’s parallel ninths create a fantastic hook in its own right (it somehow reminds me of Led Zep’s ‘Dazed & Confused’), but the sound and line are both varied throughout the track. No creative synth line seems complete without a bit of squidgy filtering, and that’s one ingredient that’s used extensively throughout (the high-pass-filtered fill at 0:38 is great, for instance), but there’s more to enjoy in terms of differences in the layering of the sounds and the occasional effect spin — such as the delay tail just before the first chorus at 0:51. My favourite part of it, though, is the way that the pitch-glide doesn’t always just connect the riff notes, but occasionally heads off in the opposite direction first — for example, at the end of the first and third bars of the four-bar riff (at 1:01, say) where the pitch shoots momentarily skywards right at the end of the bar, before plummeting down to its true low-pitched destination on the following downbeat.

On top of that, this track should surely have walked away with some kind of Brit Award for ‘Most Barking-mad Breaks In A Chart Single’. Exhibit A: the ludicrously brilliant royal fanfare at 1:27; Exhibit B: a full 15 seconds of Enya impersonation at 2:06. Ladies and gentlemen of the jury, I rest my case.

If you want to hear some more synth parts incorporating nice pitch-bend work, then Dappy’s ‘No Regrets’ is worth a spin for its main verse-section HF riff. Here the slightly delayed timing of some of the slides is particularly cool, whether by luck or design. Be warned though: switch off your iPod before the three-minute mark if you want to spare yourself the ‘death by cheese’ key-change and gospel-choir outro.