by Sia
feat. The Weeknd & Diplo 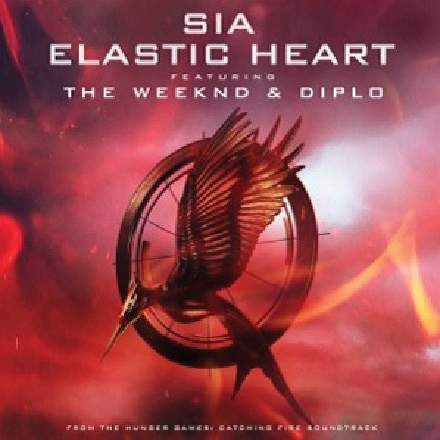 It’s not often that a bona fide mix–translation howler makes it onto the hit parade, but this production’s the real McCoy — when it came up on BBC Radio 1 during my mid–morning cuppa I honestly worried that my little kitchen radio had malfunctioned! The reason? When the chorus arrived the lead vocals (carrying the song’s title hook, no less) suddenly took such a dive in the mix balance that I struggled to make out what she was singing at all. Ouch!

Investigating this further in the studio, it became clear that this was partly because my kitchen radio is one of those Pure digital things, with a single speaker, and Sia’s super-wide multi-tracked vocals in that section are seriously mono–incompatible. I’d wager that they’re not just hard–panned either, but have some kind of phase–based widening effect applied to them as well, because they seem to reach significantly beyond the bounds of the normal ±30 degree loudspeaker panorama. But that’s not the whole story, because such poor small–speaker translation is also a question of timbre: the chorus vocals here rely rather too heavily on the upper two octaves of the spectrum to hold their place in the mix, and these frequencies are often shadowed and/or absorbed in typical home/office listening situations — in my case by a box of tea bags, as it happened!

Mind you, if you press the mono button while listening to this mix, it’s not just vocal losses that you’ll hear. There seems to be a stereo piano part in the chorus (as likely as not recorded with a wide–spaced mic pair) which fares little better in stereo than the vocal, and the drum ambience folds in on itself spectacularly too, gutting the mix’s mid-range in a rather ugly way.

The impact of these factors is so dramatic that the mono mix sounds a lot worse than either the left channel or the right channel on its own. Dandy for those earbud sharers, but surely at an indefensible cost to mono listeners.