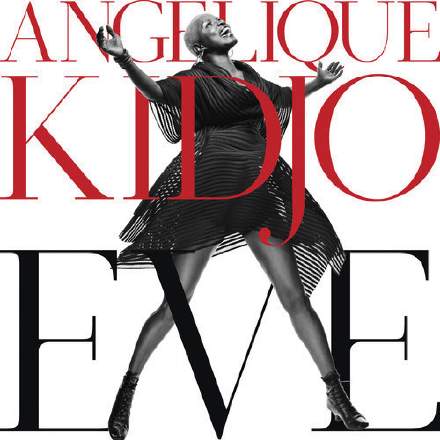 If you only hear one track from Kidjo’s Grammy-winning album EVE, make it this one, because it features two cracking vocals. The first voice is that of Nigerian singer Asa, who sings the verses and middle section, and it’s sublimely breathy and airy, but without a trace of harshness and with every consonant beautifully controlled; the second is Angelique’s own, which, despite plenty of twang to the vocal delivery and presence in the recording, never becomes harsh in the way wannabe pop divas all too often do when they try to really open up and project. It’s equally impressive that no harshness problems arise even when the two voices are combined in the second verse and final choruses, which can be a danger with such forward-sounding female vocal timbres.

The performances are also well worth closer study. Asa’s is inflected with wonderful economy, embellishing the melody rather than submerging it. Take the first verse, for instance, where you get the ghost of a slide in the middle of “someone” (0:11), the hint of speech tone in “who’s there for me” (0:14), the fleeting vibrato on “catch” (0:21) and, just before the chorus, the first real melodic decoration on the repetition of “fall” (0:25). Although Kidjo’s performance is no less controlled, it differentiates itself through generous use of pitch-glides, both between notes and as expressive fall-offs (such as the pair at 0:37 and 0:40). It’s also interesting the way she applies little lower mordents as a kind of rhythmic device, for example at 1:46, 1:52, and 1:57.

And while you’re listening, don’t miss the lovely opening-out of the stereo image by the chorus backing vocals, or the almost harp-like clean electric guitar and (reverse-envelope?) pad layer introduced as some fresh interest at the outset of verse two. All in all a case-study of refined taste.