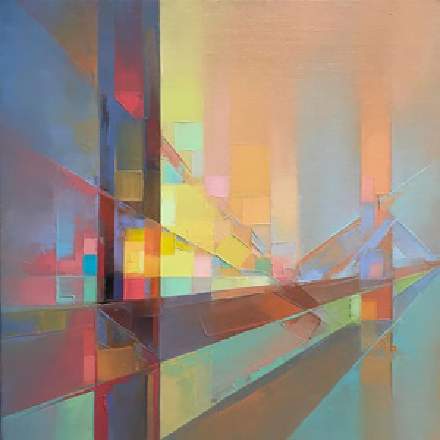 This year’s Grammy winner for Record Of The Year is, like all of Eilish’s releases, a masterclass in modern vocal arrangement. In fact, even without considering the vocals themselves, the whole production is carefully constructed to maximise the intimacy and warmth of the vocal transmission. For a start, the backing track’s lower midrange is sparsely populated, even when the bass arrives (mostly comprising fundamentals around 35Hz and second harmonics around 105Hz), so there’s plenty of space for Eilish’s proximity-boosted low spectrum in the 150-300Hz octave.

Of course, high-frequency vocal detail is crucial to a sense of nearness too, but in Eilish’s case this has to be offset against one of her key USPs, namely the generally super-warm mix sound. So the way subjective vocal brightness is achieved here is by means of contrast, in other words by making the backing parts deliberately dull-timbred so that the singer’s high-frequencies can cut straight through to the listener with negligible frequency masking. There is one exception to this, which is the backbeat ‘electro-clap’ percussion, but those hits are such short events that they don’t interfere with the vocal transmission at all. In fact (much as in Miley Cyrus’s 'Midnight Sky'), it’s only really this and some background noise that prevent the whole mix seeming muffled whenever the vocals aren’t in the mix.

The vocal arrangement itself, though, is a treasure trove of tactics designed to retain your full attention by constantly introducing ear-candy novelty and by thwarting your expectations. Normally I’d just pick out a few favourite moments for my critique, but occasionally it’s nice to really get into the weeds, so let me walk you through what I’m hearing for the whole timeline here. First of all, for the sake of discussion, let me just sketch out how I’m hearing the structure (which is itself far from standard!):

We start Verse 1 with “I had a dream”, presented dry as a bone with lots of proximity bass boost, as well as with plenty of high-frequency air and a few bright clicky mouth noises (one before “I”, another before “dream”, and then a softer one towards the end of that word) – all designed to deliver that claustrophobic sense of ASMR closeness we’re now so used to hearing from Eilish’s records. On the second phrase we get the first vocal effects spin: a long reverb on “wanted” at 0:22. Opposition-panned double-tracks arrive for the whole of Section B1 (“It might have been a nightmare / To anyone who might care”), dropping out again for the first phrase of Section A2, which gives us a new spot effect (a stereo feedback delay with added harmony voices) on its final word “fly” at 0:42. The “hmm” between the second and third phrases (0:47) has what sounds like opposition-panned whispered double-tracks underneath it, and the third phrase has another new effects spin on its final word “cried” at 0:50, this time a sort of ping-pong feedback delay, but with new harmony notes – so presumably this was created using edited overdubs.

The opposition-panned vocal layers return for Section B2, but now as harmonies not double-tracks, and missing out the middle words “kinda thought they”. Following “might care” at 1:01, we get another opposition-panned delay-style overdubbing effect too. The panned vocal layers appear in the A-section material for the first time at Section A3, again providing some harmony lines, but they cut out again for the start of Section C, being replaced by whispered double-tracks on “you with me” at 1:16. For the chorus, the vocal texture becomes more consistent, with the lead joined by numerous layers of harmonies, but note that some male-voice layers seem to be making a first appearance there. (Check the stereo Sides signal at that point to hear them more clearly.)

OK, so the vocal arrangement has been almost neurotically varied throughout the first half of the song, but as the song structure heads into Verse 2, the listener now brings with them an expectation that some arrangement elements may repeat – an expectation that’s for the most part unfounded, as it turns out… So where Verse 1 started out with the singer dry, we now have a significant vocal reverb tail in the mix, and the second phrase adds a new low-pass filter spot effect for “my head was underwater” at 1:57. The word “weak” is highlighted with opposition-panned whispers at 2:02, and the Section B1 harmony layers drop out after just the word “nightmare”, before we launch into what we’d expected to be Section A2, but which turns out to be Section D! This offers a new melodic variation and harmony layers throughout (although without male voices, as far as I can hear), except for the suddenly dry closing phrase “and I don’t wanna let them down” at 2:28. And even when the whisper layers join as expected in Section C for “you with me”, the rug’s pulled away again by virtue of the main lead part dropping out as well. The surprises aren’t over once Chorus 2 hits, either, because the Coda sections introduce a much more hissy reverb sound, and there’s one more lovely tempo-delay spin on “again” at 3:42.

So what can you take away from all this? Well, the main message for me is that if you’re seriously going to compete with this kind of production on an equal footing, then your vocal mixing approach needs to extend way beyond simply setting faders and plug-ins for the whole song, or even for individual song sections. It’s essential that you keep adapting the vocal’s sound, layering, and effects to the lyrical and musical context phrase-by-phrase, so that the listener stays fully engaged with the singer and the music as the song progresses. In pop production, the bottom line is that you’re in a war for audience attention, and the moment the listener starts getting too comfortable with the mix you’re fighting a losing battle.

Oh, and we didn’t even touch on the backing arrangement, did we? Well, that’s no less intricate, so you can’t go skimping on your craft there either. My favourite little moment? That little tempo-delay on alternate snare hits during the chorus – it’s probably most clearly audible between the vocal phrases, for example at 1:26 and 1:34.