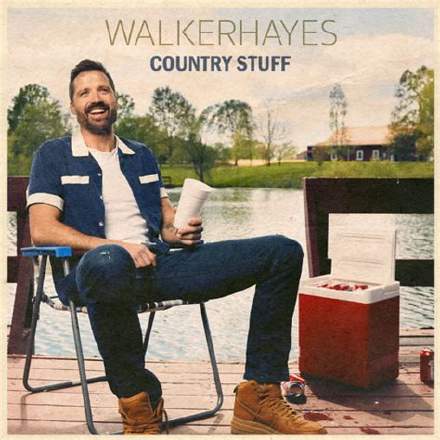 Given the way Lil Nas X and other ‘country trap’ artists have been shoe-horning Americana into a hip-hop mould (see 'Old Town Road', I suppose it should come as no surprise that mainstread country artists are repaying the compliment. Take this production, for instance. Can you imagine country tunes five years ago having this kind of low end? The ponderous sub-60Hz region of the opening kick-drum, for instance, stands up perfectly happily against most mainstream hip-hop, but then when we get to the chorus, that 808-a-like bass/kick tone makes the song begin to sound almost like an urban remix! Notice, though, that the massive amount of headroom required to deliver that bass line radically reduces the subjective weight of the kick-drum compared with the intro. Mind you, not that you really notice, given that the kick’s low-end has already been reined for the verse.

But the thing that most impresses me about this production is the nuanced percussion arrangement. I love the wide-panned palm-muted guitar strums in the intro, for instance, and the panned clap-like glitch elements that first appear widening out the first chorus. And the diffuse hi-hat is great too: just loud enough to add texture and momentum with its open-close action, but still on the edge of perception so that the already leisurely beat doesn’t ever get bogged down in subdivisions. I think there may be a higher-register shaker in there too, but it’s so smooth-sounding and tucked-in level-wise that I could easily be imagining it! Altogether, I reckon these low-level percussive layers are contributing a surprising amount to production’s sense of organic complexity.