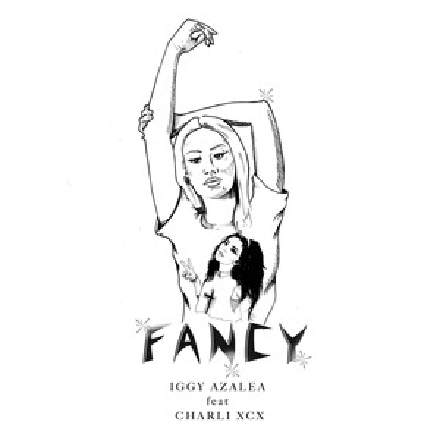 When this song and Ariana Grande’s 'Problem' recently occupied the top two spots in the Billboard Hot 100, I was struck by the radically different presentations of Iggy Azalea’s vocal tone, but neither of them thrilled me! On ‘Fancy’, I can’t help feeling that the vocals’ high frequencies have been over-hyped during recording and mixing. A truckload of 12kHz will usually razor its way through a mix, but it’s possible to have too much of a good thing: the sibilance in particular is pretty painful, with a harsh, whistling edge that makes me wince well before I’ve reached hip-hop-worthy playback levels on a full-range system. On smaller devices the results aren’t that good either, due to the loss of Azalea’s more authoritative lower resonances. Had they given her a couple more decibels around 1.5kHz, this would have brought her considerably further forward in the mix without making the rest of the track sound small, and would have brought her through more clearly on bandwidth-limited mass-market systems — presumably a benefit, as she evidently has the mainstream firmly in her sights.

Even if you roughly equalise ‘Problem’ to compensate for the significant differences in overall mix-tonality between it and ‘Fancy’ (try broad peaks of -3dB at 250Hz and +2dB at 2.5kHz), Azalea’s timbre still seems rather congested, with too much energy in the 200 to 500Hz ballpark for my liking. It also seems to be battling its way through the mix primarily by virtue of a narrow peak around 4kHz, a frequency that I’d not have chosen for her voice — she already has a hardness and nasality to her basic delivery, which becomes rather whiny when emphasised like this. (Try parking a narrow EQ notch over the whole mix at 4.1kHz if you want to hear what I mean.) Again, I’d have preferred a couple more decibels of real mid-range, although perhaps a little further up the spectrum in this case, maybe even as high as 2.5kHz.