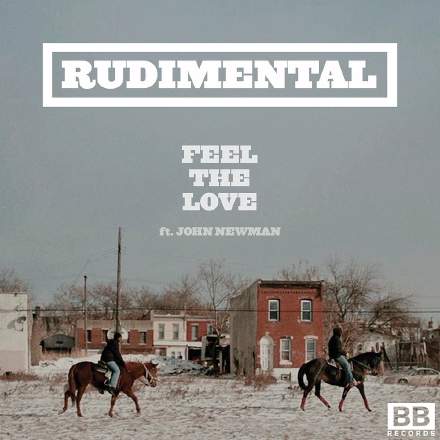 I have to admit that this production left me scratching my head, because of the one-sidedness of the main bass synth’s end. It’s not consistent, but a lot of the time it’s 6dB hotter in the left channel below 80Hz, and at times (eg. 0:25) it reaches more than 12dB difference. To put this in perspective, I can’t recall any other modern chart record that has anything like this kind of inter-channel LF mismatch, and that stands to reason, because if you want maximum sub-80Hz clout within a fixed digital headroom, you’ve got to stuff both stereo channels as full of those frequencies as you can. If you undercook one channel in that department, your mix will rearrange the furniture less than other productions that max out the lows on both channels. Given that ‘Feel The Love’ is drum and bass music, producing it to have significantly less low-end weight than the competition initially seemed like a shot in the foot to me, so I assumed that the artists had mixed and/or mastered the track themselves and this LF issue had simply slipped under their radar. A quick search for credits, however, revealed that this wasn’t the case, so I decided to get in touch with the mix engineer, Mike Spencer, for more information.

Mike kindly took an hour out of his schedule to reopen his mix project and talk me through what turned out to have been a pretty involved production, with lots of different tracks arriving from each of the different contributors during the development of the final mix. The root of the bass problem, it appears, was that the low-end vagaries of that part were inherent in the synth patch used, and because he only received the bass track as a simple stereo bounce-down file, there was very little that could be done about it within the available timeframe. He tried a number of EQ and multi-band processing strategies, but every time he compared them with the unprocessed track, he felt that they were detracting from the essentially unstable character of the sound as a whole, so eventually he took a conscious decision to favour emotional impact over simple brute low-end response — a judgement call made all the more defensible in light of the track’s commercial performance.

I was, however, still a little surprised that he’d apparently had no communication from Metropolis, who mastered the record, at least to confirm that the end result was, indeed, intentional. Unfortunately, the credited engineer wasn’t available for me to chat with on the phone, so in the absence of concrete information from him, my guess is that he probably contacted the artists directly and that together they also agreed that maximum bass level wasn’t the overriding priority in this instance. I do wonder, though, whether the necessity for such compromise might have been avoided if the fundamental frequency of the original modulated synth patch had been removed during programming and replaced with a more stable, centrally panned sine wave.

While puzzling over this low-end issue, I fell to wondering about whether there might have been some way to address things at the mastering stage, and came up with a setup which I quite liked the sound of. First I split the frequency range with a crossover at around 60Hz, using a 24dB/octave slope; then I duplicated the left-channel’s sub-60Hz signal to replace the right-channel’s sub-60Hz signal. For me this gave an appreciably higher level of bass without any other significant subjective change. However, I should make it clear that my main monitors have a common subwoofer, so my low end is always in mono. On a true stereo system the change in bass width may be more noticeable. Try it for yourself, though, if you have this song in your own music collection, because it’s an interesting listening exercise.