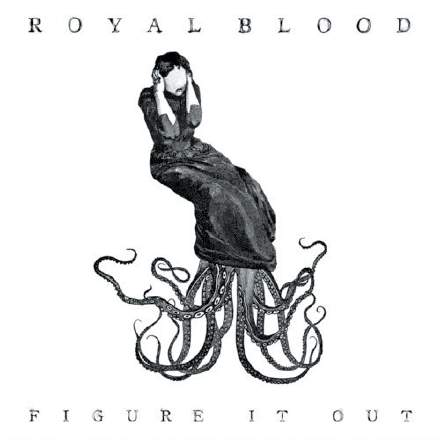 Without a doubt, this month’s coveted The Mix Review rosette for Snare Hit Of The Month belongs to the splendid opening flam at 0:26 in this single from newcomers Royal Blood. The song also happens to be one of the most exciting new rock productions I’ve heard in a very long while: messy enough to have serious garage credentials (check out the ‘so broken it’s brilliant’ solo tone at 2:13-2:35), massively muscular and disciplined when it comes to riffing out in the choruses, chock-full of fantastic pop-sensibility drops/fills (eg. 0:25, 1:19-22, 1:30, 1:43 and 2:06-12, just to cherry-pick my favourites), and finishing with a storming double-time mosh-out from 2:25. I spend a lot of time in this column talking about the finer points of mix balance, but what’s fabulous about this production is that it transcends those kinds of concerns. So what that you’ll struggle to interpret the lyrics on multiple occasions? So what that the verse guitars sound a bit washy and distant at times? So what that the snare sounds like someone hitting a home run with a basketball once the real riffing kicks in, or that the hi-hats get a bit abrasive by the end? Frankly this mix demonstrates how little of that matters when the combined result’s got enough attitude to incite a nosebleed.

Mind you, I don’t want to imply that there isn’t plenty of good mixing going on here. The opening guitar tone (or is it just bass, given that there’s officially no guitarist in the band?) is very smartly designed, for instance, with a frequency suckout around 1.5kHz that’s perfectly adapted to accept the reamped lead vocal’s nasal-sounding peak in that part of the spectrum. This initial timbre also has precious little energy above 4kHz, leaving plenty of room in the mix for the vocal high frequencies initially, and then for the background rhythmic bed of hi-hat and shaker following the drum entry. And, despite the apparent simplicity of the riffing, there’s clearly some careful rebalancing of different guitar/bass layers going on to help the long-term mix dynamics between different song sections: if you directly compare the verse riff at the opening of the song with its reappearance after the first drum’s entry (0:26) and again after the first chorus (1:23), you’ll hear that each time it gets harder-edged, with more of a tracked-up sound in evidence.

The mono compatibility of this mix is also excellent, by virtue of a fairly restrained stereo image, and having heard it a couple of times now on BBC Radio 1, I can vouch that it translates extremely well via heavy broadcast compression on a mass-market single-speaker radio! The only question mark for me as far as the mono playback is concerned is the solo (2:13-2:35), where the lead instrument gets considerably wider and therefore sounds a bit distant on the single speaker. That said, this doesn’t make nonsense of the music by any means, given that the solo line remains perfectly audible against the drums-only backing at that point, and the upside of the lower solo level is that the dynamic shift into the full rhythm-section sound at 2:35 becomes more dramatic.

Altogether a first-class piece of work, as far as I’m concerned.